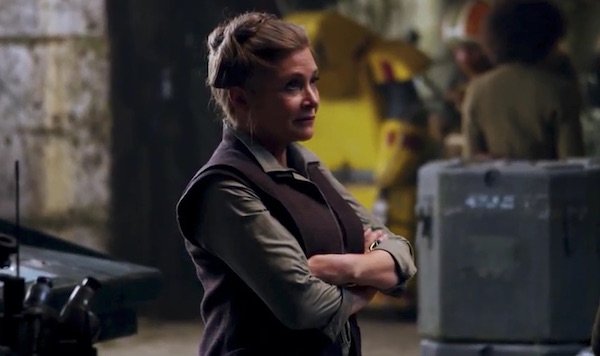 In addition to the original Star Wars trilogy, and last year’s The Force Awakens, Fisher starred in such movies as The Blues Brothers, Under the Rainbow, Hannah and Her Sisters, and Amazon Women on the Moon.

She was also an accomplished writer, the author of best-selling books Postcards from the Edge, Surrender the Pink and Delusions of Grandma, and a script doctor who made uncredited contributions to numerous Hollywood films like The Wedding Singer, Hook and Sister Act.

There are no words for this loss. Carrie was the brightest light in every room she entered. I will miss her dearly. pic.twitter.com/GgIeYGeMt9

I'm deeply saddened to learn of the death of Carrie Fisher. I will miss our banterings. A wonderful talent & light has been extinguished.

The pain I feel at this loss is truly indescribable, Carrie Fisher you will always be my favourite princess and my hero. Goodbye pic.twitter.com/JIxKakMOg2

Carrie Fisher may have been Hollywood royalty, but she was often a jester in her writing https://t.co/dkzzQ75K2z pic.twitter.com/fbaHQ90VFW

Carrie Fisher had just one request for her obituary, and @VanityFair honored it https://t.co/4BPtz0wKIt ?? pic.twitter.com/4uHZ0byjc4