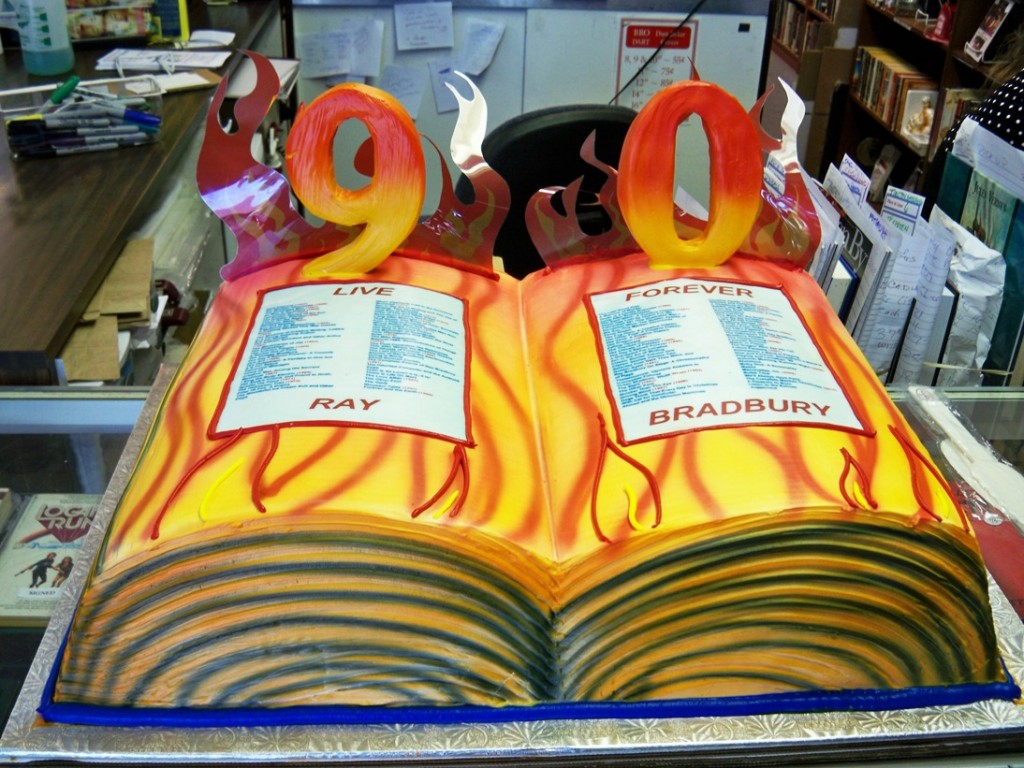 Ray Bradbury’s 90th birthday celebration got off to an early start on August 15 at Christine and Malcolm Bell’s Mystery and Imagination Bookstore in Glendale.

“Something north of 300 friends and fans of Ray showed up for the first of many events celebrating Ray’s milestone birthday,” reports John King Tarpinian. “George Clayton Johnson, William F. Nolan, Peter Atkins and Marc Zicree among others came to share their love of Ray. There was an open mike so people could roast Ray. Needless to say the crowd sang Happy Birthday before Ray blew out the candle of his flaming book shaped cake. The cake’s pages listed every book of Ray’s from Dark Carnival to his upcoming Juggernaut. The two hours went by all too quickly.”

Pandemonium Press No.54 published this list of the well-known and sort-of-known well-wishers:

Several people shot pictures of the party. This gallery includes a great photo of Tarpinian wheeling the vast “Cake of Fire” through a crosswalk on the way from Porto’s Bakery to the bookstore. Here is Drew Baker’s gallery. And William Wu’s site has extensive coverage.

The photos in this post were taken by John King Tarpinian. 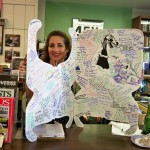 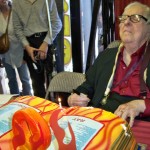 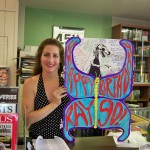