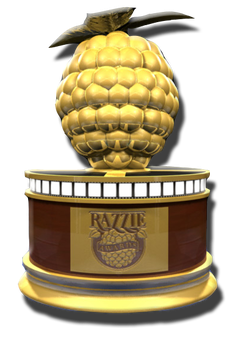 The 38th Razzie Awards were presented on March 3. The straight poop is — The Emoji Movie wound up at the bottom of the pile. As Snopes sums up:

Maybe it was destiny for a movie with a pile of poop as a central character.

“The Emoji Movie” has received Hollywood’s most famous frown, the Razzie Award, for worst picture of 2017, making it the first animated feature in 38 years to earn the top dishonor.

“Leading this year’s list of movie-misfires is the emoticon-based, talking poop opus,” the Razzies said in a statement announcing the recipients, saying the film came in a year when “Hollywood’s recycled trash heap attained an all-time high” and saw a “toxic-level lack of originality.”