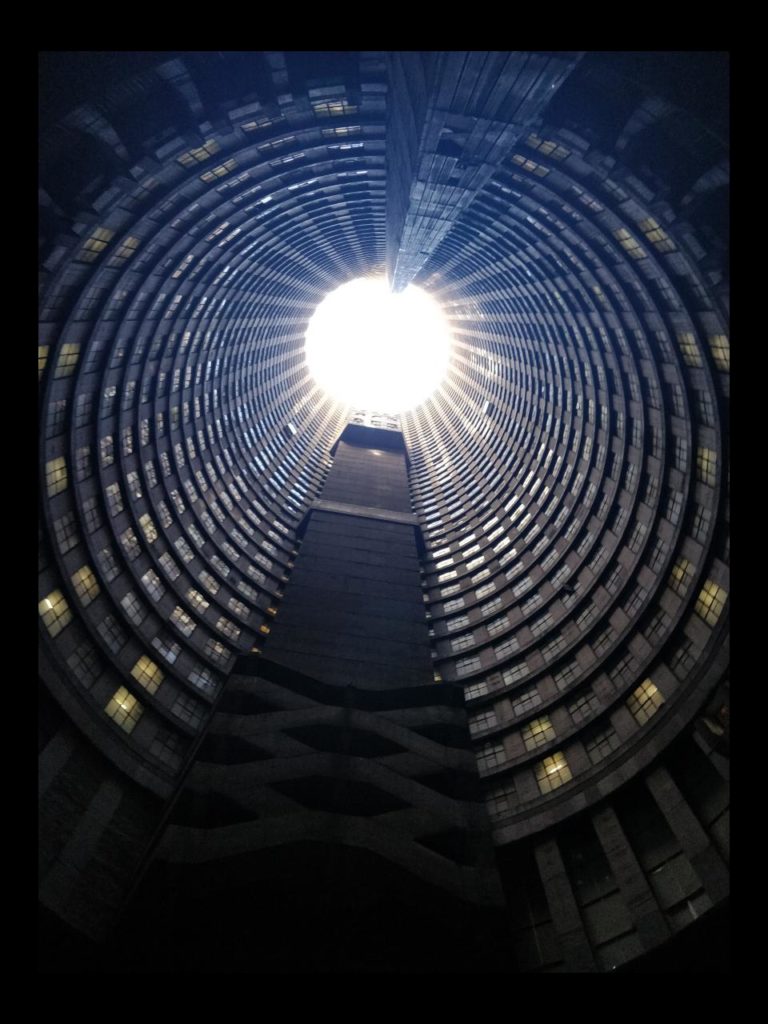 By Hampus Eckerman. Johannesburg. When I was going to Ponte City, my taxi driver repeatedly asked me if I knew what I was doing. “It is a dodgy area,” he said. And asked me again if I really wanted to go there. When he asked the fourth time, I managed to explain that there was a tour and I was going inside the building. Then he quieted down and seemed satisfied. Because Ponte City is a building. A building tall enough that it once was almost self-catering, a city with within a city with bars, shops, daycare, barber, bowling alley and more.

According to the owner of my bed-and-breakfast, Ponte City has a kind of legendary aura around it. It is a place everyone knows. It is even a place that was used to scare little children. “If you do not work hard in school, you will end up in Ponte City.” And listening to the telling of my tour guide, in their small bar at floor 51, it is easy to understand. The story of Ponte City and the area around is as if politicians had decided to turn Escape from New York into a reality.

It started as something totally different. In the 70s, the area around Ponte City was the crème de la créme of Johannesburg. The area where the beautiful people lived, the richest. This is where diplomats and Europeans made their home. It was the Beverly Hills of Johannesburg and its most prized jewel was Ponte City. A 55-floor-high building, 173 meters tall and placed on a hill, you could see everywhere from its viewing deck on top. It had a cylindrical shape with a hollow inside which made for a truly SFnal experience to watch inside. If I should describe the view of a Science Fiction-fan, I would say it looked close to the round building at the end of the movie Brazil, only with less diameter. Built in 1975, it was a place where everyone wanted to live.

20 years later it was a place in ruins, a place where no one wanted to go. It was known for its suicides, people travelled to Ponte City only to throw themselves from the top of the building. The inside of the cylinder was filled up with garbage, at the end it reached 14 levels high and there were rats the size of cats. The building with its close to 500 apartments roomed almost 10,000 people, many of them criminals. There was even a discussion of turning the whole building into a prison. Putting locks on the door in the middle of the night and putting guards there to keep its armed residents inside. 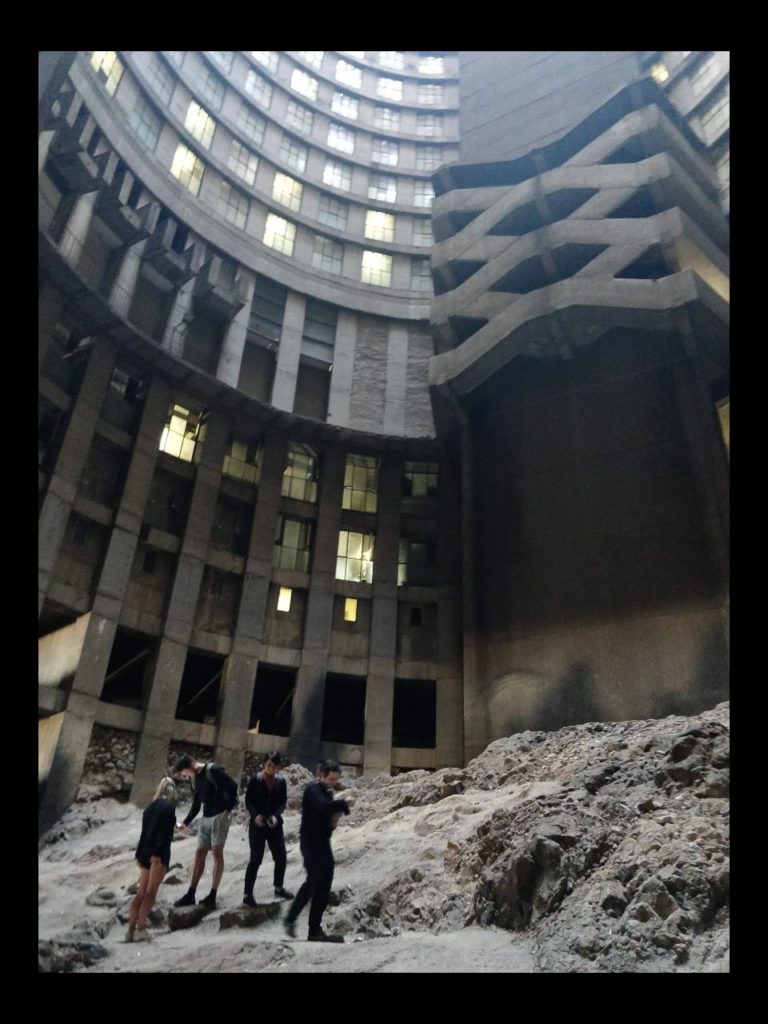 So what had happened? The answer is the racial logic of the apartheid system.

As the richest area in Johannesburg, lots of immigrants from the rural areas had moved there to try to find their luck. While the area was designed as white, its inhabitants were often people from European countries and they didn’t care much for the apartheid laws. So slowly, the area started to become more and more mixed. Apartment owners in Ponte City and other buildings took coloured partners and started befriending others.

This could not be tolerated by the apartheid government. At first they tried to stop this by making spot searches, knocking on apartment doors, demanding to see who was inside to make sure no illegal mixing was taking place. This did not work, it was too cumbersome, people were not cooperating and there were too many people living in the area to monitor them all.

They cut off all services.

They cut of electricity to the buildings, stopped collecting garbage, removed the police from the area. This of course made crime skyrocket. Foreign embassies ordered their diplomats to move to other areas, people took their businesses and moved. With no residents, the building owners put large locks on their buildings and left, hoping for better times. 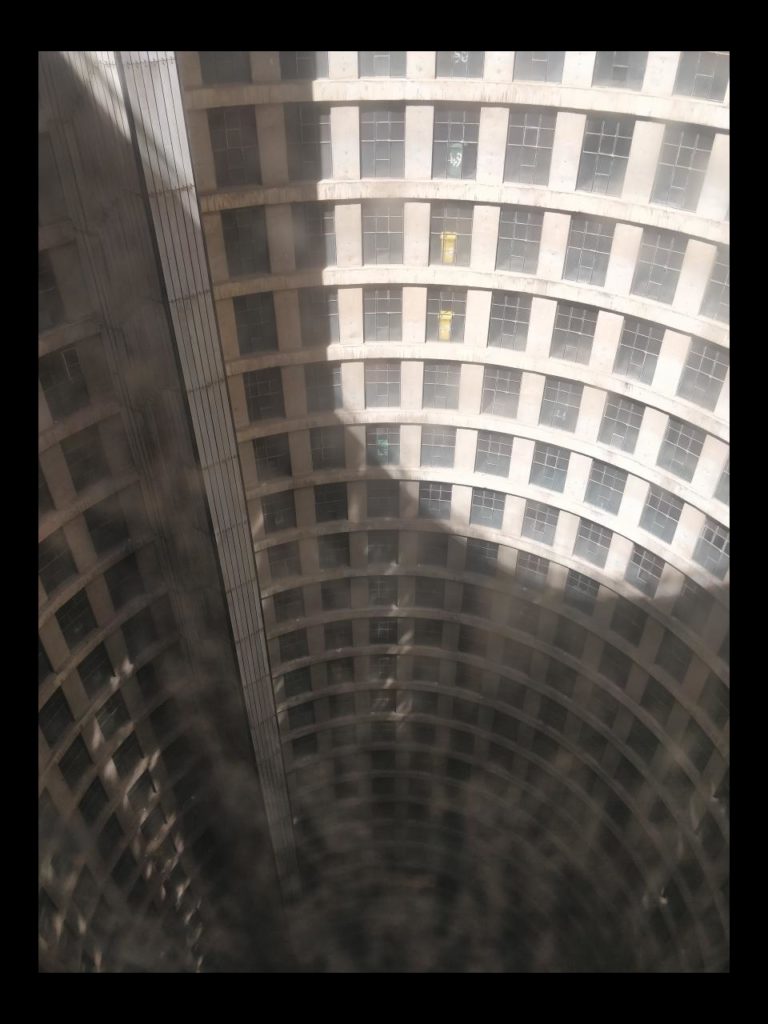 Instead, full of immigrants, both from South Africa and from neighboring countries travelled to what they had known as the richest area in Johannesburg, a place where they could find work and wealth. They found empty buildings, seemingly without owners. So first came the squatters. Then the hijackers, gangsters who took control of buildings to by themselves renting out apartments, but without services or care. One of those buildings was Ponte City.

Think of a 55-floor-high building without water or working elevators. Which resident would go down 50 floors to throw their garbage? You guessed it, they threw all their leftovers in the hollow inside of the building. As there was no working water, this included fecal matters. And the garbage piled up. Putrified.

Ponte City turned into a nexus of criminality. Sex, drugs, stolen goods, weapons. Everything could be bought. With no repairs or care-taking, the building started to fall apart. This is when police started to discuss turning the whole building with its 10,000 citizens into a prison.

So how is Ponte City today? Like a miracle, it has turned around. A temporary owner managed to empty the building of all its criminal residents, exactly how this happened is unknown. Perhaps the gangsters were bribed. Perhaps the police. What we know is that the building was empty and renovations were started. In 2012, people could start to move in again. 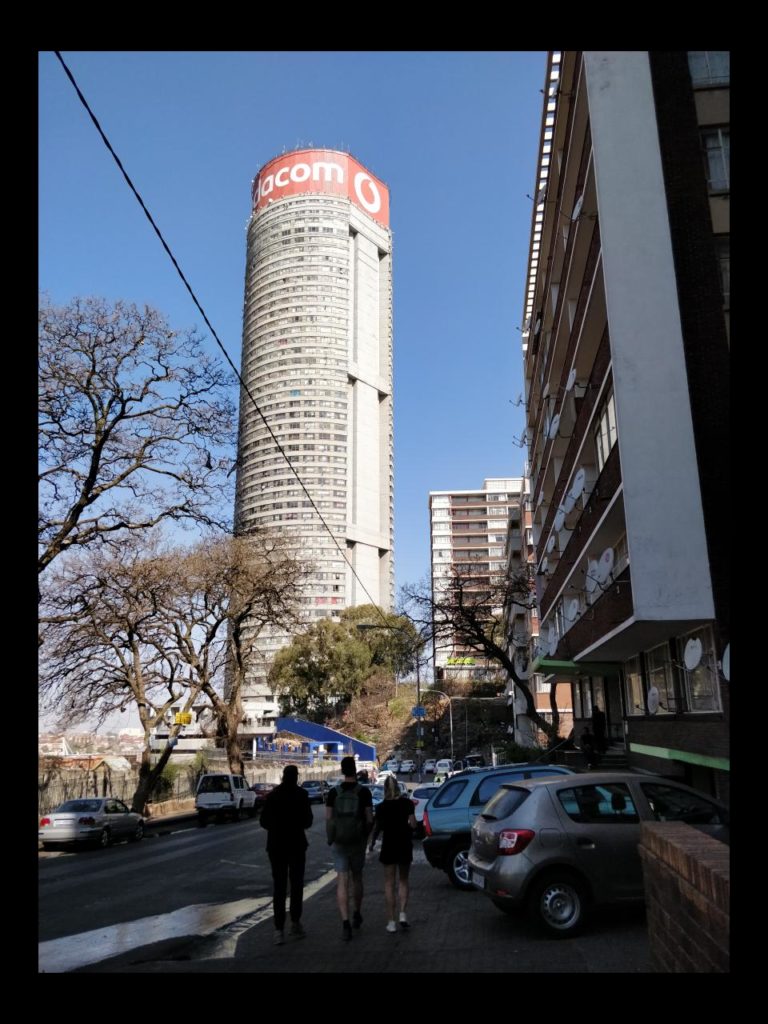 When you go to Ponte City, you directly notice that it is not a building like others. There are signs warning you that it is your responsibility if you should be hit by anything thrown from a window. Others tell you that you visit on your own risk and that the owners are not responsible for damages caused by theft, fire or any other cause. You have to register to pass a security gate. No visitors are allowed after 22:00 and you will have to give three days advance warning if you want someone to stay the night. 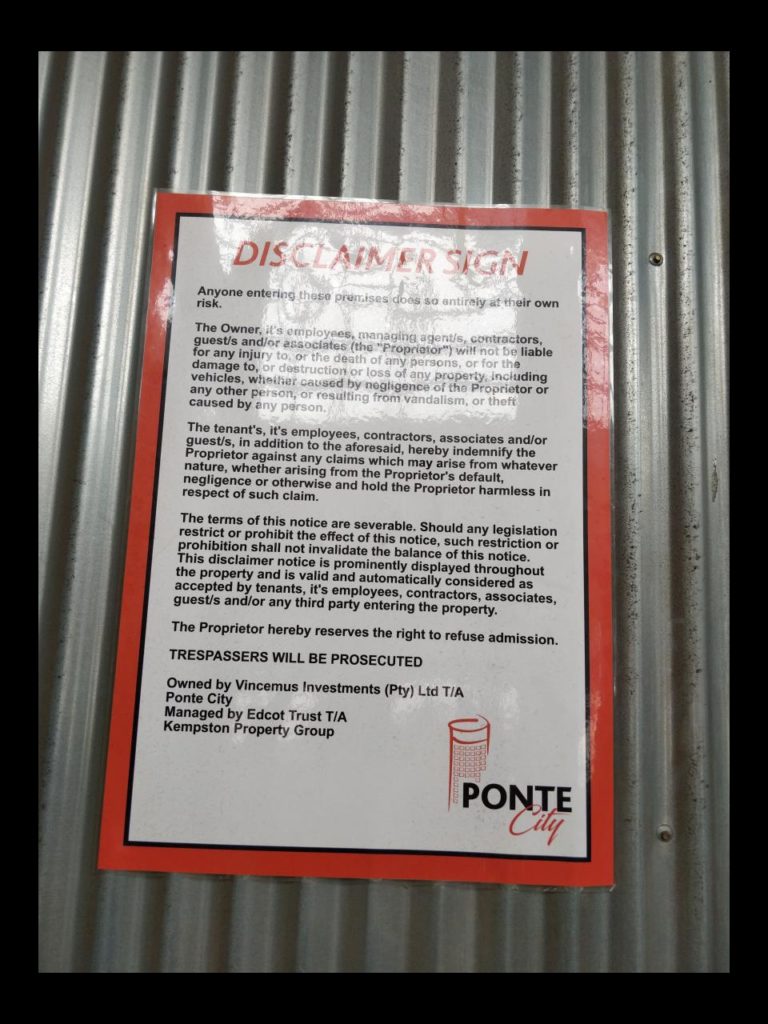 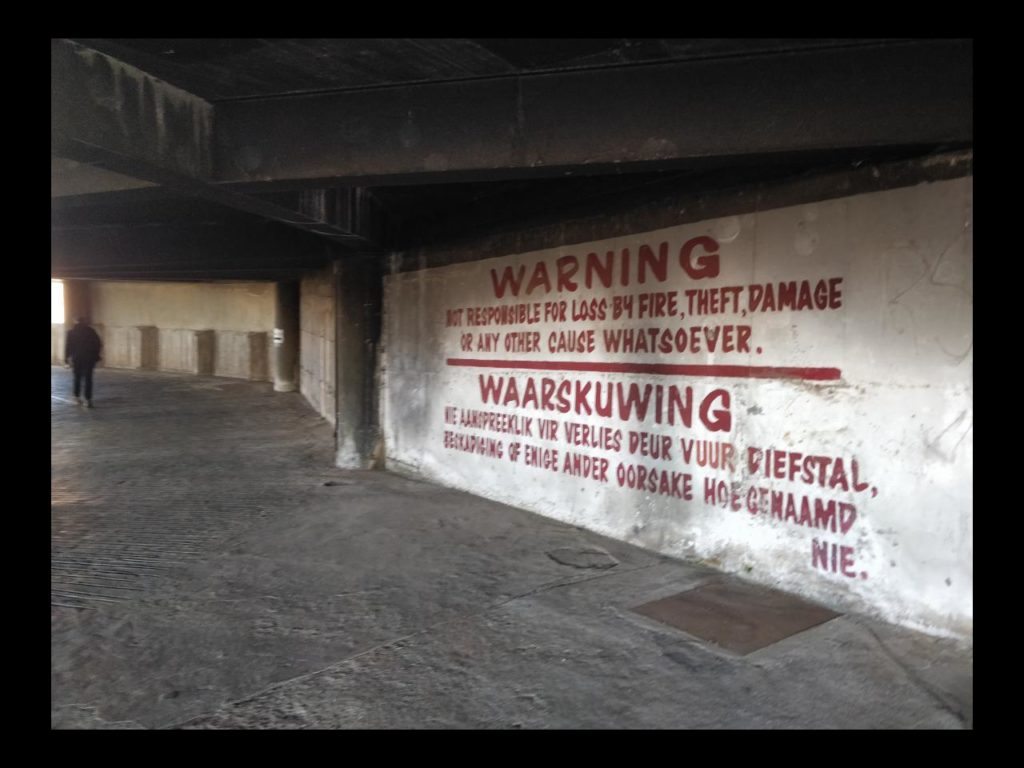 But Ponte City is on its way up. There is even a queue for people who want to move on. Sometimes dystopias have happy endings.

Ponte City has been used for filming in several SF-movies, among them Resident Evil 6, Chappie, District 9 and Dredd.