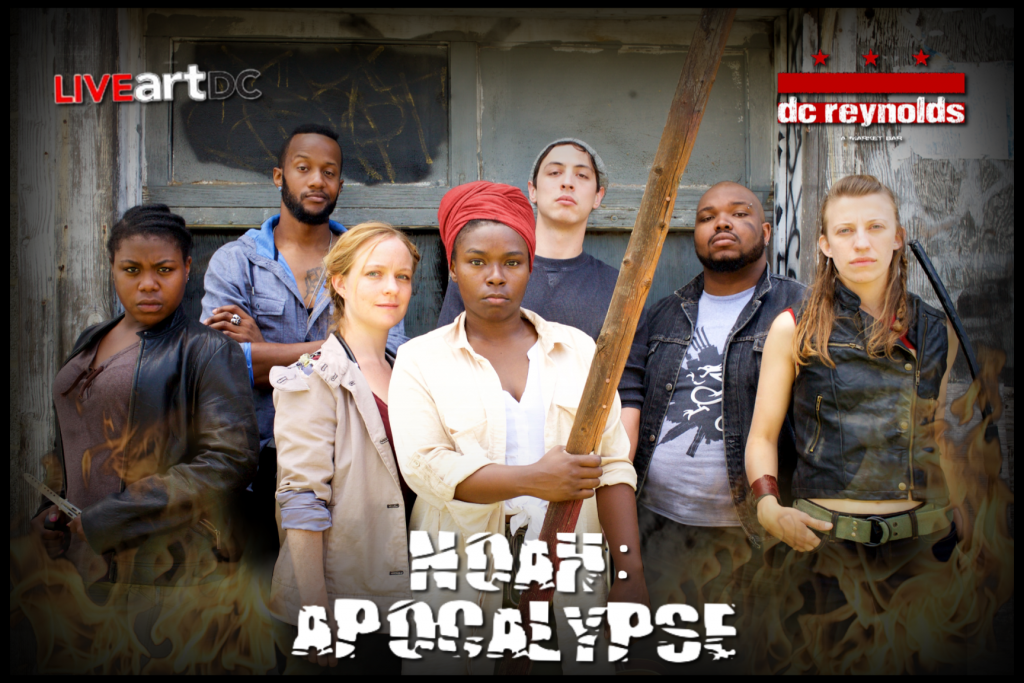 By Martin Morse Wooster: I’ve seen plays in a lot of odd places.  But on September 11 I saw a dystopian play in a bar!

The play was Noah: Apocalypse by Amanda Quain, which was held by Live Art DC at the DC Reynolds bar in Washington.  I sat on a cramped barstool, fortified by happy hour beer and occasional rounds of free beer and watched the play, which was performed by a cast of seven to an audience of 15.  All 22 of us fit into the entire space of a smallish bar.

The premise is that Washington has been nuked, and after the atomic attack and “150 days of acid rain” a group of survivors headed by Noah (Raven Wilkes) is in the bar.  Mutants that kill and eat humans have surrounded Washington.  But one survivor from another group (Jasmine Jones) shows up and says she can get the survivors to a larger group of survivors that have far more food and some medical supplies.  Should the group try to escape? 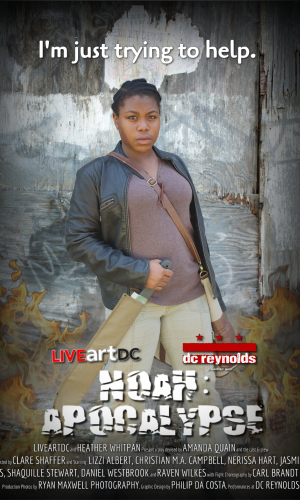 The author says she was inspired to write the play after spending “most of my high school and college years reading about teens saving the world from corrupted government, when there was a government left at all.”  One character, Sarah (Nerissa Hart) gets to dress like Katniss Everdeen and make geek jokes, including one to a questionable cocktail that is apparently a reference to a potion in Harry Potter and the Prisoner of Azkaban. 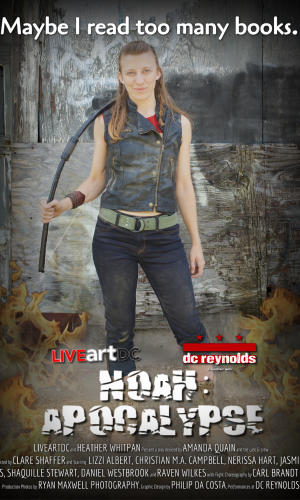 This is Quain’s first full-length play, and she needs an editor.  The ending, where we learn why Washington has been nuked, doesn’t work.  But Noah: Apocalypse has a lot more energy than many more expensive productions I’ve seen on real stages.  I spent two hours on my uncomfortable barstool watching this play, and I enjoyed all but the last ten minutes.

Amanda Quain isn’t there yet as a writer, but she has potential and should be encouraged.

3 thoughts on “Review of Noah: Apocalypse”