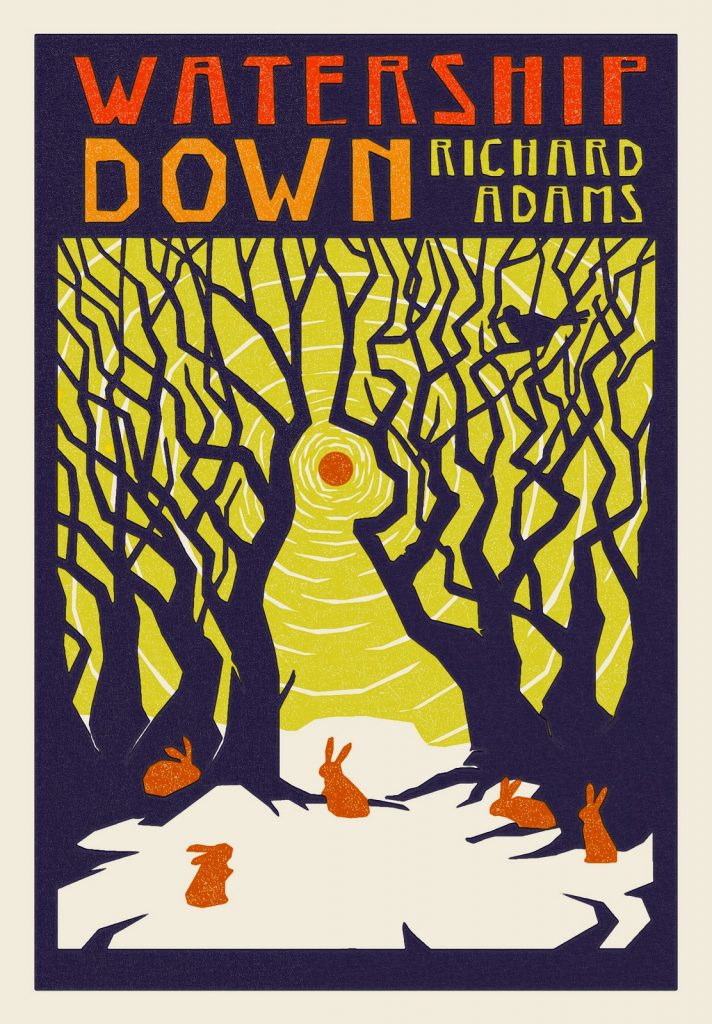 By Ursula Vernon: There’s an origin story for fandom that goes like this—“I was a precocious reader and I was tired of the kid books and one day I picked up X and that changed my life and I never looked back.” This isn’t true for everybody, but it’s a common enough origin that it’s nearly a cliché. There I was and I got bit by radioactive speculative fiction.

The value of X changes in this story from person to person. Heinlein juveniles and Asimov and Lord of the Rings are popular. But for a good number of us, that book was Watership Down.

Richard Adams, the author, passed away peacefully on Christmas Eve. He was 96.

“Me too,” sighed the author on the other end of the line. “That was me, too.”

I was nine years old and I read this story about rabbits and at the end, the book couldn’t be over. It had mattered too much. I knew, as nine-year-olds do, that things that mattered that much weren’t allowed to just end. There had to be more, and if there wasn’t, I would make there be more. I had no idea what fan-fic was, I had no idea it was even a thing, I just sat in front of the Notepad program on my Amiga 500 and began to savagely hunt and peck because it was important.

Richard Adams was 52 when he wrote Watership Down. He’d been telling a story to his daughters in the car, and they asked him to write it down. He would say later that some of the characters in the story, notably Hazel and Bigwig, were based on soldiers he served with in World War II.

Mention Watership Down now, and there’s about a fifty percent chance the person you’re talking to will say “That movie scared the crap out of me!” The animated version is legendary now, perhaps because adults of the time assumed a cartoon about bunnies would be great viewing for children and did not realize how lovingly animated the blood pouring from General Woundwort’s jaws would be. (I watched the movie approximately eleven thousand times as a child, and clearly was not among the ranks of the traumatized, although my grandmother, who had to rent it for me, definitely was.)

Adams wrote several other books—Shardik, Maia, and The Plague Dogs, (which even George R.R. Martin described as a gut punch of a book, and which I could not finish because it was flaying my heart open) but Watership Down is what people remember. It was straightforward, almost brutally simple, and the characters felt like animals, not like little humans in fur coats. It was never cute.

Write a book with talking animals in it these days and you can expect to be compared to Richard Adams. (Trust me on this one.) Very very few of us measure up, of course. That’s okay. If we had to meet those standards, we wouldn’t get very far. As a children’s book author, I’ve often tried to explain to assemblies of kids that we didn’t used to have all these books with talking animals—we had Watership Down and we liked it.* (Also, it was uphill in the snow to the library. Both ways. And you had to kill wolves with your library card.) They gaze at me with the polite pity of children who have grown up surrounded by books with talking animals, knowing that I am from some unimaginably ancient era, before the internet or the discovery of fire.

I suspect that the vast majority of authors of those books were once like me—nine years old, maybe, with Hazel and Fiver and Bigwig and Blackberry newly etched on their hearts, determined that the story would not end here.

I live on Twitter these days, which is either a great personal failing or just the way of the world, and I watched it fill up with remembrances, from authors of bestsellers and authors of small niche works and readers of both, from comic creators and artists and fans. From all of us who, to this day, remember every word of Lapine, who know what El-ahrairah’s name means and why his ears glow like starlight.

The story will go on.

*Okay, we also had Bambi, and if you read the book by Felix Salten, the death of Bambi’s mother is possibly the least traumatic part of it. I choose not to mention this to third-graders.