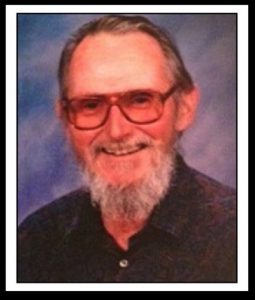 Fantasy and sf author Richard Purtill died December 4 at the age of 85.

His first novel, The Golden Gryphon Feather, was the beginning of a pair of fantasy trilogies inspired by archeology and the myths of ancient Greece. “I’ve made 28 trips to Greece,” he told an interviewer, “I’ve just been fascinated by all things Greek. In my novels, the Greek gods really exist.”

He is also remembered in fandom for his mystery set at an sf convention, Murdercon. And he wrote several other stand-alone sf novels.

Although Purtill discovered sf as a 12-year-old when his father bought him a copy of Startling Stories, he didn’t publish his first novel until he was 48.

By then he was a philosophy professor at Western Washington University, where he taught until he retired in 1996.

Purtill was a prolific textbook author, producing Logic for Philosophers. Then Logical Thinking, Argument, Refutation, and Proof, and A Logical Introduction to Philosophy. His other nonfiction books include Philosophically Thinking, Thinking About Logic and Philosophical Opinions with Peter Kreeft and Mike McDonald.

While was serving with the U.S. Army in England, he experienced a spiritual awakening. “I was converted by reading G.K. Chesterton, and from him I also gained an affection for Mary. I read an Anglican book about St. Justin Martyr and the early Church fathers, and realized the early Church was Catholic.”

He went on to write several books about Christianity: Reason to Believe, C.S. Lewis‘ Case for the Christian Faith, Lord of the Elves and Eldils, Thinking About Religion, Moral Dilemmas, and J.R.R. Tolkien: Myth, Morality, and Religion.

Purtill is survived by his wife Betty, three sons, and his brother.

[Thanks to Ken Johnson for the story.]