By Carl Slaughter: Amazon’s Breakthrough Novel Award pits 10,000 self-published authors against each other. The grand prize is $50,000, with four finalists getting $15,000 each. All winners get publishing contracts. Rysa Walker launched her Chronos series by winning the grand prize.  Walker quickly followed Timebound with a string of novels and novellas:  Time’s Edge, Time’s Divide, Time’s Echo, and Simon Says.

In 2016, she came out with three short stories in the Chronos universe: “Whack Job,” “2092,” “The Gambit.” Also in 2016, she came out with a series of comic books: Time Trial #1, #2, #3, and #4, the fourth one out in October. These comic books were combined into a graphic novel along with a new story. The Chronos series has sold 500,000 books and been translated into 10 languages. In October, Walker launched a new trilogy with The Delphi Effect. 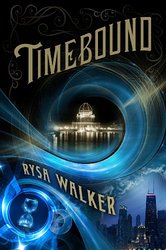 When Kate Pierce-Keller’s grandmother gives her a strange blue medallion and speaks of time travel, sixteen-year-old Kate assumes the old woman is delusional. But it all becomes horrifyingly real when a murder in the past destroys the foundation of Kate’s present-day life. Suddenly, that medallion is the only thing protecting Kate from blinking out of existence.

Kate learns that the 1893 killing is part of something much more sinister, and her genetic ability to time travel makes Kate the only one who can fix the future. Risking everything, she travels back in time to the Chicago World’s Fair to try to prevent the murder and the chain of events that follows.

Changing the timeline comes with a personal cost – if Kate succeeds, the boy she loves will have no memory of her existence. And regardless of her motives, does Kate have the right to manipulate the fate of the entire world? 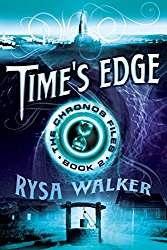 To stop her sadistic grandfather, Saul, and his band of time travelers from rewriting history, Kate must race to retrieve the CHRONOS keys before they fall into the Cyrists’ hands. If she jumps back in time and pulls the wrong key – one that might tip off the Cyrists to her strategy – her whole plan could come crashing down, jeopardizing the future of millions of innocent people. Kate’s only ally is Kiernan, who also carries the time-traveling gene. But their growing bond threatens everything Kate is trying to rebuild with Trey, her boyfriend who can’t remember the relationship she can’t forget.

As evidence of Saul’s twisted mind builds, Kate’s missions become more complex, blurring the line between good and evil. Which of the people Saul plans to sacrifice in the past can she and Kiernan save without risking their ultimate goal – or their own lives? 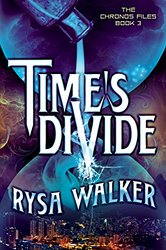 The Cyrists are swiftly moving into position to begin the Culling, and Kate’s options are dwindling. With each jump to the past or the future, Kate may trigger a new timeline shift. Worse, the loyalties of those around her – including the allegiances of Kiernan and the Fifth Column, the shadowy group working with Kate – are increasingly unclear.

Kate will risk everything, including her life, to prevent the future her grandfather and the Cyrists have planned. But, when time runs out, it may take an even bigger sacrifice to protect the people she loves. 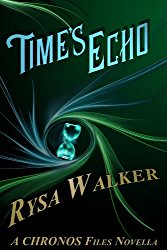 Kiernan Dunne abandoned his family ties to help Kate fight the Cyrists, and he’s never regretted that for one moment. But he doesn’t understand why Kate can’t remember that night in 1893 Chicago, when she turned back to face the killer chasing them through the smoky corridors of the World’s Fair Hotel. Kate placed the CHRONOS key around his neck and made his eight-year-old self promise to wear it always, and that’s a promise Kiernan has never broken.

When Kate suddenly vanishes after a Cyrist-engineered time shift, that hidden medallion is Kiernan’s only hope for finding her. He returns to the Cyrist fold to look for clues, but his search will lead him back to the question that has haunted him for years – what really happened after he left Kate at the World’s Fair Hotel? 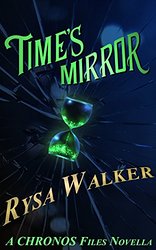 It’s 1984 and the only things on Prudence Pierce’s mind are seducing her violin instructor and, with the help of her sister Deborah, avoiding the wrath of their mother for stepping out of the house dressed like Madonna. Her mother might also be a teensy bit angry about the medallion Pru swiped from the attic – a medallion that glows lime green and has an oddly hypnotic, holographic effect when Pru holds it in her hand.

A simple blink is all it takes to yank Pru from the car with her dad into a world of hurt. She awakens in 2305 to find herself pinned under what’s left of CHRONOS headquarters, thanks to a recent terrorist attack. Their prime suspect? Her mother, Katherine Shaw. And everyone wants to know how Pru got her hands on a CHRONOS key.

Pru is convinced that the key is the answer to all her problems. She’ll use it to stop her mother, fix her relationship with Deb, and even restore CHRONOS, so that her new friend Tate can return to the job he loves.

She can’t do it alone, however. Fortunately, she finds Saul Rand, and he’s more than willing to help. 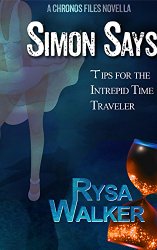 Simon Rand’s life isn’t exactly linear, but he’s okay with that. He was older than his mother when they first met, and he’s traveled pretty much everywhere the CHRONOS key can take him. Much of his childhood was spent in the 1890s on the Cyrist Farm with his friend, Kiernan Dunne, but summer vacations meant hanging out with his grandfather in the 2020s, training to be Saul Rand’s right-hand man, and fixing bits of history to help build Cyrist International.

But that’s just Simon’s day job. His true passion is time tourism – jumping right smack into the middle of historical events to see what really happened. Sometimes, however, simply witnessing an event can change it, and when Simon and Kiernan investigate the death of Simon’s teenage obsession, Marilyn Monroe, it may just unravel the history he knows and loves.

Clio is caught between Union and Confederate forces during the Battle of Gettysburg.

Clio Dunne must defeat a mysterious figure from her parents’ past and return to her own timeline in 1931. Along the way, she will be starstruck by Clark Gable, dance in a conga line with the future queen of England, and attend the 1893 Chicago World’s Fair.

In this concluding issue of Time Trial, Clio returns to 1931 in a mad dash to save the ones she loves. In order to do so, she’s forced to play a deadly game of safecracker, revealing, once and for all, the contents of Al Capone’s vault. 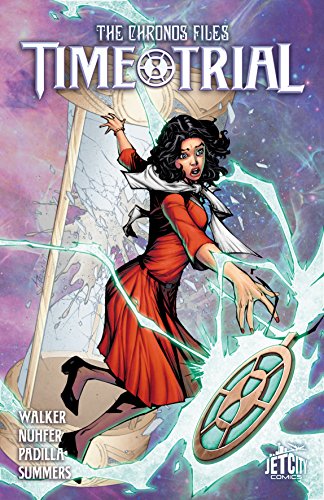 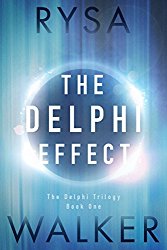 It’s never wise to talk to strangers…and that goes double when they’re dead. Unfortunately, seventeen-year-old Anna Morgan has no choice. Resting on a park bench, touching the turnstile at the Metro station – she never knows where she’ll encounter a ghost. These mental hitchhikers are the reason Anna has been tossed from one foster home and psychiatric institution to the next for most of her life.

When a chance touch leads her to pick up the insistent spirit of a girl who was brutally murdered, Anna is pulled headlong into a deadly conspiracy that extends to the highest levels of government. Facing the forces behind her new hitcher’s death will challenge the barriers, both good and bad, that Anna has erected over the years and shed light on her power’s origins. And when the covert organization seeking to recruit her crosses the line by kidnapping her friend, it will discover just how far Anna is willing to go to bring it down. 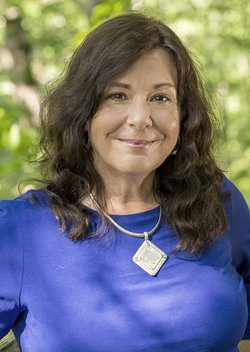