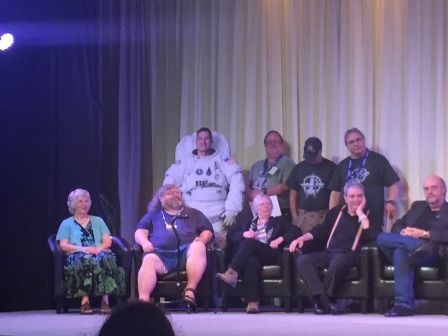 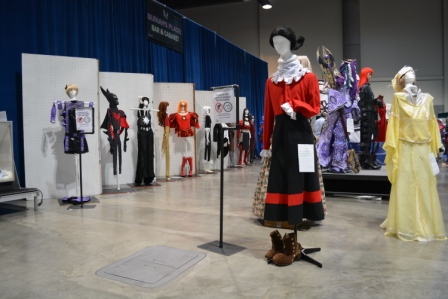 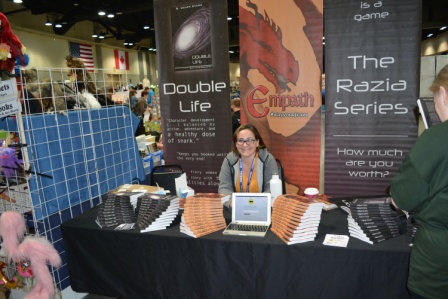 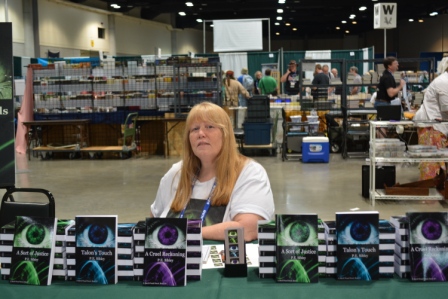 Pat Sibley, attending her first Con. Not just her first WorldCon but her first science fiction convention ever. She is both writer and publisher with the first three books in a series abut Mark Praed, a half-human secret agent with special abilities in the far future. This should be something that any lover of hard SF will enjoy. Photo by Francis Hamit. 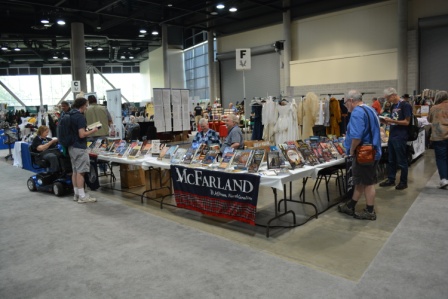 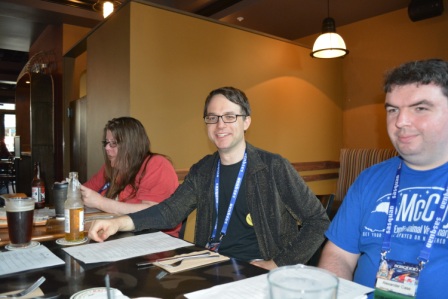 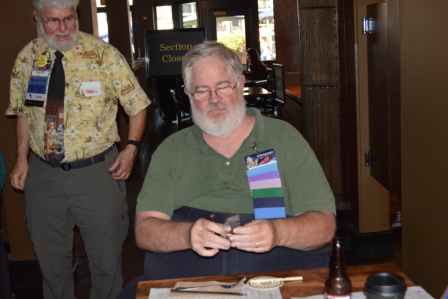 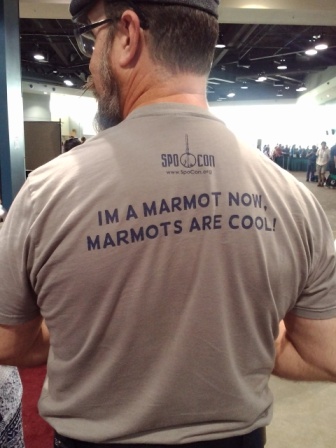