Genre writer Kelly Link and planetary scientist Sarah T. Stewart are among the 25 fellows who are receiving this year’s “genius grants” from the John D. and Catherine T. MacArthur Foundation, $625,000 disbursed over five years to spend any way they choose. The recipients work in a variety of fields, from the arts and sciences to public health and civil liberties,

Link’s work, already well-known in the sff field, previously gained national recognition when a collection of her stories was a finalist for the 2016 Pulitzer Prize for Fiction.

The Macarthur Foundation had this to say about Link’s selection — 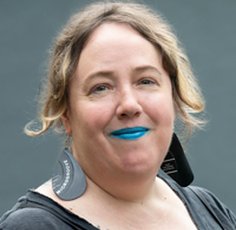 Kelly Link is a short story writer pushing the boundaries of literary fiction in works that draw on genres such as fantasy, science fiction, and horror while also engaging fully with the concerns and emotional realism of contemporary life. The worlds of her stories are recognizably based on reality but governed by idiosyncratic, internal logics. The elements of the surreal and fantastic that emerge without explanation are by turns unsettling, heartbreaking, and hilarious.

The familiar tedium of low-wage retail jobs, for example, is considered in the context of 24-hour convenience stores for zombies (“The Hortlak”), and a couple’s attempt to revive their marriage by moving to a house in the country fails, due to complications posed by giant bunnies and the haunting of household items (“Stone Animals”). Many of the stories collected in Get in Trouble (2015), Link’s most recent volume, take place in social landscapes marked by deep social and economic inequality. In “The Summer People,” teenage Fran faces a life of limited opportunities both because of poverty and her forced servitude to magical fairy-like creatures. She escapes on morally ambiguous terms, deceiving a classmate from an upper-class family into becoming the new captive caretaker. “Valley of the Girls” explores the consequences of excessive wealth from the perspective of the privileged. Teenagers of the very rich are protected from kidnapping and their own potentially bad choices by having body doubles act as their public “Faces.” The nonlinear structure of the story obscures the major relationships among the real teenagers and their “Faces” until halfway through the story, when with a single sentence Link clarifies the identities of the characters and the inevitable tragedy of the story’s ending.

Link is committed to helping other writers chart their own course, much as she did; with her husband, Gavin Grant, she runs the Small Beer Press, which publishes unique voices in fantasy and literary fiction that do not appeal to commercial publishers. As a writer and an editor, Link is mapping new literary territory, and she is a source of inspiration for many young writers dissatisfied with traditional distinctions between genres.

The work of grant-winner Sarah T. Stewart will also be of interest to Filers — 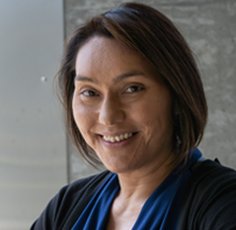 Advancing new theories of how celestial collisions give birth to planets and their natural satellites, such as the Earth and Moon

Sarah Stewart is a planetary scientist shedding light on planet formation and evolution. Through a combination of shock physics experiments on natural materials (such as ice and rock), theoretical models, and computational simulations, Stewart investigates the effects of high-energy impacts onto planets and planet-like bodies. For example, using ice impact experiments, she demonstrated that the presence of subsurface ice significantly and predictably affects the shape of an impact crater, such that the shapes of craters on planets such as Mars can reveal much about their subsurface composition.

Most notably, Stewart has advanced a novel explanation for how the Moon was formed. It had been widely accepted that the moon was formed from the debris of an object that collided with the proto-Earth. Recent geochemical studies, however, show that the chemical composition of the Moon is very similar to that of the Earth—that is, the Moon is made up primarily of terrestrial materials rather than materials from the impacting celestial body. Stewart and her colleagues have discovered an entirely new astrophysical object, called a synestia, in seeking to resolve this discrepancy. A synestia is a donut-shaped cloud of vaporized and molten rock produced when two objects collide in a high-energy, high-angular momentum impact. The Earth and Moon both formed from one large synestia, produced by such a collision, cooled and condensed. The synestia theory could explain both the similarity in the elemental and chemical compositions of the Earth and Moon as well as heretofore unexplained features in the Moon’s orbit.

The synestia structure could be a common outcome of collisions during planetary growth and thus hold broader implications for understanding the evolution of other planets. With the ever-growing number of exoplanet discoveries and missions to other planets, Stewart will play a critical role in providing a firmer and more comprehensive basis for understanding planet formation and the resulting physical, geological, and geochemical features of planets.

[Thanks to Bill for the story.]