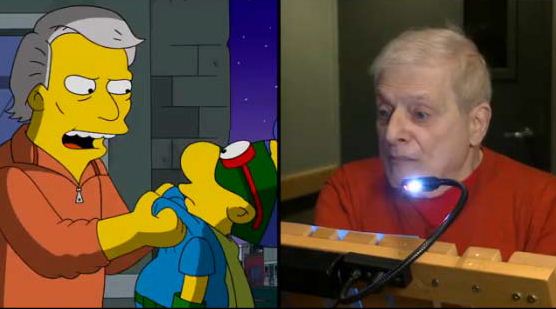 A video sneak peek of the January 12 episode of The Simpsons with Stan Lee and Harlan Ellison is online at The Hollywood Reporter.

Donning a sincere expression for the camera Ellison tells an interviewer, “Now, after writing over 100 books, I have reached the final stake of posterity by being included in The Simpsons.”

Stan Lee comes along to give romantic advice to the owner of Springfield’s comic book store.