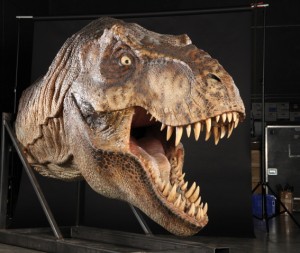 Calabasas, CA, September 24, 2009 – Profiles in History, the world’s leading auctioneer of Hollywood memorabilia, will present an unprecedented collection of original screen-used visual effects creatures, armature and puppets, created by multiple Academy Award-winner Stan Winston. Numbering 85 lots, these items, which are expected to generate over $1,000,000 in cumulative sales, represent the most iconic characters ever created for film, including those from the Jurassic Park, Terminator and Predator film franchises, among others, and will be part of Profiles in History’s $5,000,000 Hollywood auction October 8-9, 2009. Each piece will be accompanied by a signed letter of authenticity from Stan Winston Studio. Worldwide bidding begins at 12:00 PM (noon) both days and can be placed either in person, via mail, phone, fax or live on the Internet at: http://www.icollector.com/Hollywood-Auction-37_a5736.

Profiles In History is also pleased to announce the creation of the Stan Winston Visual Effects Scholarship at the University of Southern California (USC) Film School with the eventual creation of a Chair for Mr. Winston at USC to honor his life’s work and keep his legacy alive for generations to come. A portion of the proceeds from the sale of these items will go to fund the Stan Winston Scholarship.

“Stan Winston will be remembered as one of the greatest-if not THE greatest-motion picture visual effects genius of our time.  These iconic characters are not only incredible pieces of Hollywood and pop culture history, but are also incredible works of art, said Joe Maddalena, president of Profiles in History.”

Highlights from the 85 lots from Stan Winston Studio, with conservative estimated sale prices include:

For more information about Profiles in History and to download a complete catalog of the 1000+ items that will be offered for sale at this auction, please visit HYPERLINK “http://www.profilesinhistory.com/“