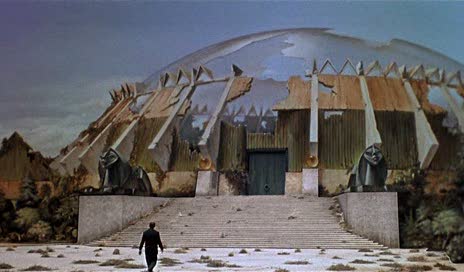 James H. Burns: Call this one, a bit of life insurance, of the man-made kind (but, as always, divine intervention is welcome)!

One night, about thirty years ago, I had to worry that someone had requested a hit be placed on me.

My girlfriend’s mother was furious, rightly or wrongly, and threatened my life.

…Which might not have been such a big deal, in the larger view, or necessarily unusual as such relationships go, except that one of her former boyfriends was what we used to call, anyway, kind of “mobbed up.”

(Years later, my girlfriend and I deduced that he may have been associated with the Queens, New York crew shown in the Nicholas Pillegi book, Wiseguy, and its film adaptation, Goodfellas.)

I was in my early twenties, and turned to my father for counsel, at first insuring that he wouldn’t tell my mother:

There was absolutely no need to worry her.  (Besides, she was the one with the vicious temper in the family, and there was no telling what she would do.)

My Dad, a mechanical engineering professor, was a tough guy, as the occasion merited, and a decorated World War II veteran.  He had also been misled by too many Godfather movies, and other Mario Puzo tales.  (We shared an affection, by the way, for Puzo’s too-long overlooked ability, as a potentially wonderful storyteller.)

My father thought that a hit had to be warranted.  But the ’80s were dangerous times in New York, with, as history has shown, some semi-connected guys just running out of control.

(Then, as now, the greatest hazard could come from “wannabes,” fellas with no particular affiliation at all, but who wanted to be perceived as such.)

It was entirely possible that for no other reason than as a favor to an old girlfriend, or in the hopes of wanting to impress an old flame, a guy could try to take someone out, or at least have someone else beat the hell out of him.

I handled it simply by sitting on my front stoop (the steps in front of my family home).

I figured, if someone was indeed after me — as unlikely as that may seem in the cold light of years — to make it easy; to bring it to a head, and see what happened…

As it turned out, I learned decades later, my girlfriend had promised her mom her own wrath, should anything untoward befall me.

Women are often our better tigers.

But I was on the stoop again, the other night; a different house, to be sure, but under similar circumstances.

A local restaurant was convinced I was behind a controversy that they were having, which was beyond ridiculous.  A relative of the owner’s warned me, oddly, through my landlord.  (Why not just call me?)

Some text messages, hopefully, quickly worked everything out.

I brought my coffee outside, and made it easy for anyone who might be looking… I then walked one of my familiar routes through town.

(My neighborhood remains one of the few Long Island areas still harboring a bit of a reputation, rightly or wrongly, as a “Mafia” town.)

Our demise, of course, is always somewhere in the times ahead, but we can hope that it’s never over a misunderstanding.

If you know you’ve doing nothing wrong, you might as well grab a shave, and take a stroll.

Night’s actual dark angels should, hopefully, hold no clouds as to your designs.