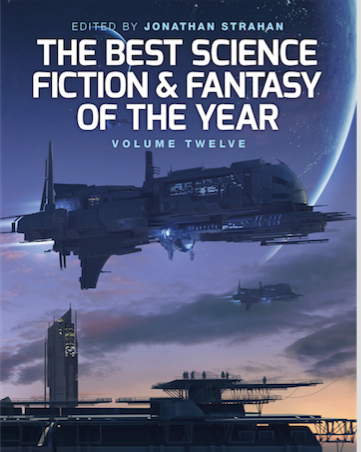 Editor Jonathan Strahan has announced the table of contents for his Best Science Fiction & Fantasy of the Year: Volume 12 with stories from 2017. He said:

As anthologists always do, I wish I’d had more space to include other stories that I loved published during the year, especially novellas, but I think that these selections are very strong.

The cover shown here is not the final version, which will add author’s names etc.