By John King Tarpinian: Today was Forrest J (no dot) Ackerman’s 94th birthday party at Mystery & Imagination Bookshop in Glendale, CA. Forry would have been 94 on the 24th.  The party was hosted by George Clayton Johnson (the man gets around for an 81-year-old!) George talked for about half an hour about Forry and his influences on people and his being the first real fanboy. He talked about how Forry was a founding member of LASFS. How he took a young Ray Bradbury under his wing and loaned him the money to go East to meet publishers.

Among the people doing readings were actor James Karen. James is a longtime friend of 4E and is best known for his performances appearing in the Living Dead cult classics and soap operas. James read Forry’s obituary for Boris Karloff.

Angus Scrimm (The Tall Man in the Phantasm movies) was among those in the audience. 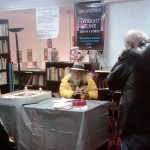 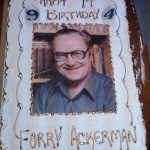 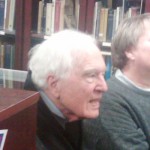 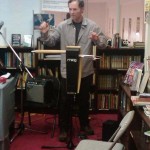 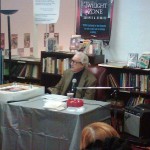