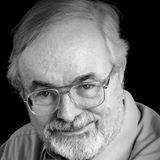 By Francis Hamit: I have a long history with fighting for a better, more fair, copyright system for creators. Long ago I had a blog, “The Fight For Copyright,” gave a seminar on how to register copyrights, sued two of my former publishers for infringement of some of my magazine articles (both cases were settled in my favor) and was the only “author” to give testimony at the fairness hearing for the proposed settlement in the suit against the big database aggregators for their massive appropriation of millions of articles written by freelancers like myself. I’d opted out, but the judge wanted to hear what I had to say. There was a settlement, but it was appealed and dismissed by the Supreme Court, which also denied the Google Library case settlement. These are a small subset of all the possible infringements that occur against creators.

Early on, in my blog, I suggested that a simpler system was needed because most of those freelancers are shut out of the system by arcane rules, high filing and service fees, and the lack of a lawyer who will take the case on contingency. The big publishers and the database companies know this, so they ignore complaints, even from those who have registered their copyrights, assuming the case will never get to trial. Mine only did because the potential damages rose to millions of dollars. Getting to court took me about four years, and each was settled on the first day of trial. I spent thousands of dollars to get there.

On March 29, 2006, Paul Aiken of The Author’s Guild gave testimony before the House Judiciary subcommittee on Courts, The Internet and Intellectual Property, and also suggested that a Copyright Small Claims Court is needed. I have no idea if he or anyone else at The Authors Guild read my blog, and that’s not really important. Sometimes great minds run in the same channels. In the September 2006 issue of The Columbia Journalism Review I had an essay on the topic entitled “Stop Thief”. (It was immediately infringed on several electronic databases, despite a settlement where those companies promised not to further infringe my work.)

My lawyer and I had already dropped the other four cases we had planned to bring, because the costs and fees made them uneconomical. I’m a businessman, not a crusader.

So we moved on. In 2011, Aiken gave almost identical testimony to another House Judiciary subcommittee, and in 2013, the Library of Congress issued a detailed 200-page report on the subject.

Now a bill is before the House called the CASE Act (or Copyright Alternative in Small Claims Enforcement Act of 2016.)

It is not law yet, and it needs your support. Write and/or call your Congressional Representative and urge a favorable vote. It is not a perfect solution to the problem, but it’s pretty good.

The CASE Act establishes a Copyright Claims Board with three claims officers and a minimum of two full-time attorneys to examine small cases. Cases must be brought within three years of the infringement, and the plaintiff(s) must have a copyright registration certificate in hand. If the registration was within or before 90 days of publication, the maximum damages are $15,000. If not, then $7,500. No single case will generate statutory damages of more than $30,000. Or, you can roll the dice and go for the actual damages, which may be very hard to prove. You pay your own attorney’s fees. Hardly a bonanza in other words. You can still move the case to a Federal District Court, but my own experience tells me that copyright cases are considered a complicated horror show there.

This court will be centralized as an office at the Library of Congress. While you might make a personal appearance, the emphasis is in resolving claims by mail and/or telephone. You may be able to do this without an attorney, or certified law student, but it’s probably not a good idea.

The entire bill is online and runs 51 pages. What would I add? Perhaps a provision like they have in the UK for a Public Lending Right based on actual usage of your book or article. I actually get a check every year from this because I am a member of the Authors Licencing and Collecting Society in London.

I will be giving a presentation on this at the LASFS meeting on August 25th.

5 thoughts on “The Copyright Small Claims Court Is Finally Legislated”