The delightfully inconclusive debate here on the topic of whether the Scienceers or the Eastbay Science Correspondence Club was the first sf club led to a discovery I am happy to share with you.

From Guy H. Lillian’s The Zine Dump I learned Ned Brooks had scanned a photocopy of first issue of The Planet, published by the Scienceers in July 1930. Ned kindly sent the images to me and I have uploaded them here.

A squib on page 3 says the Scienceers published meeting notices every Friday in the New York Evening World, confirming Allan Glasser’s memory about the weekly meeting schedule. Unfortunately, I was denied the minor pleasure of locating one of those ads because the paper has only been digitized through 1922.

As for Aubrey MacDermott and the Eastbay Science Correspondence Club, Fred Patten wrote in comments about his conversation with Cliff Amsbury, one of the other members: “He said that, yeah, MacDermott and other S.F.-area teenage s-f fans often got together in 1928, so they were first. But those were all one-shot social meetings. They did not hold club meetings.”

MacDermott only claimed they met, not that they met on a regular schedule. Bill Higgins’ jibe, “Which is more fannish?” hits the nail on the head.

The Scienceers had more traits of the prototype sf club. Yet the Eastbay group identified itself as a club and met socially in 1928 more than once. Depending on your preferred criteria, either club could claim to be first. And since 99% of you are already picking the Scienceers, there is your official wisdom-of-crowds answer…

P.S. Read The Planet’s science fiction quiz on page 2. I used to consider myself a trivia master but I scored zero out of 10… 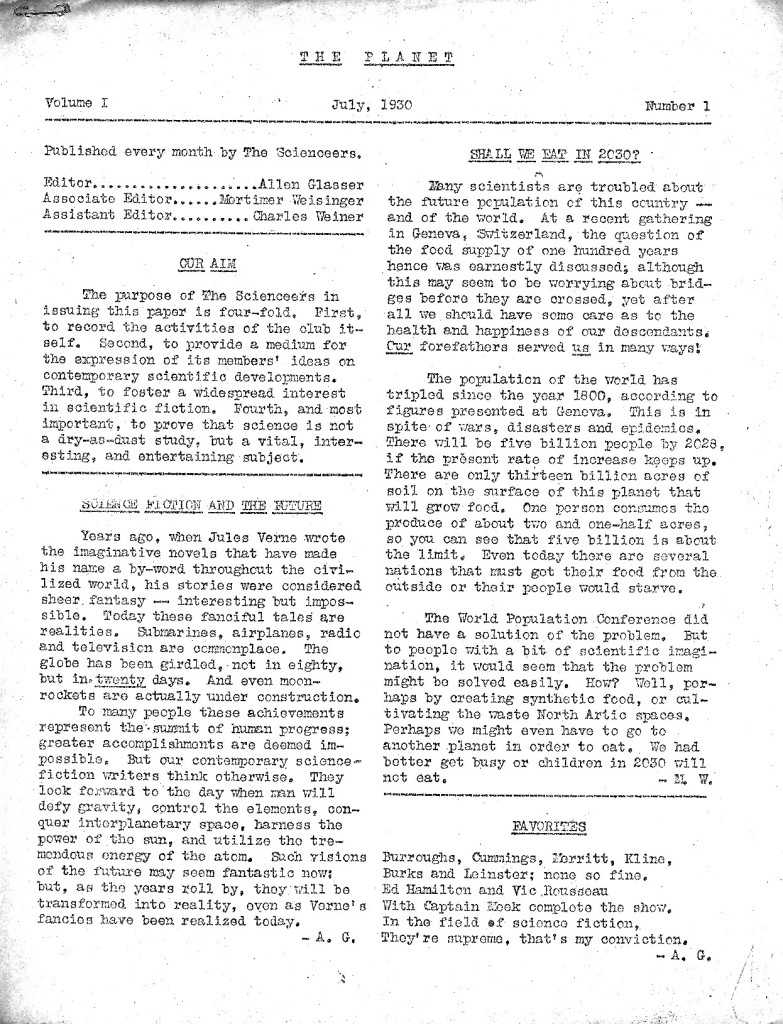 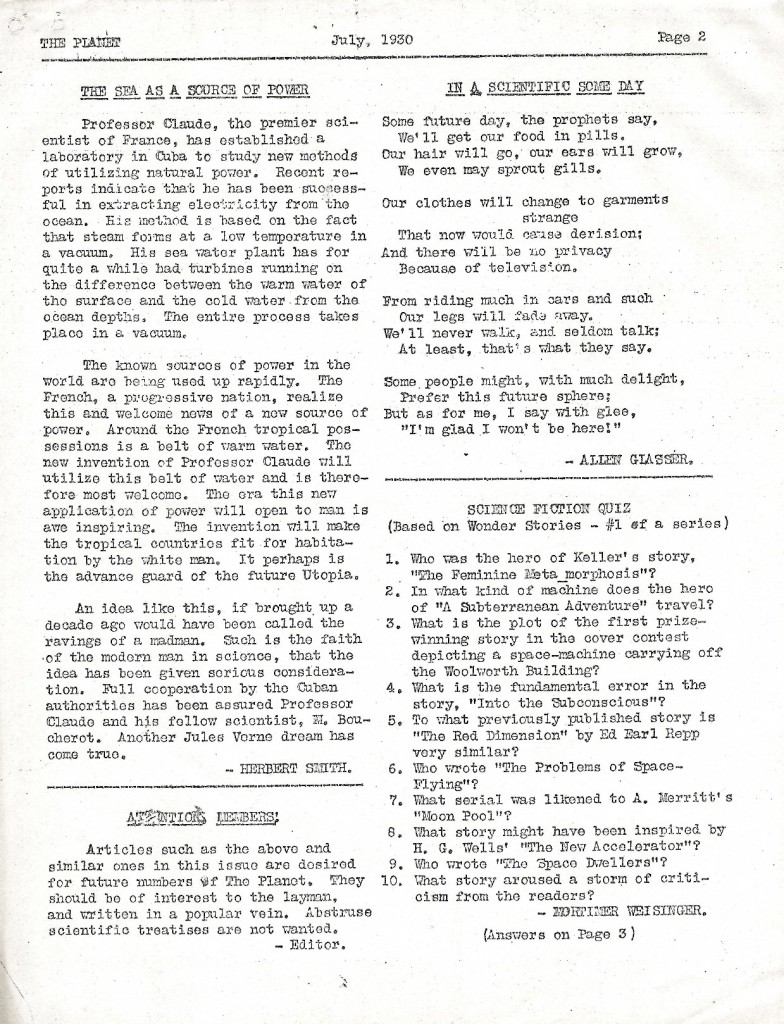 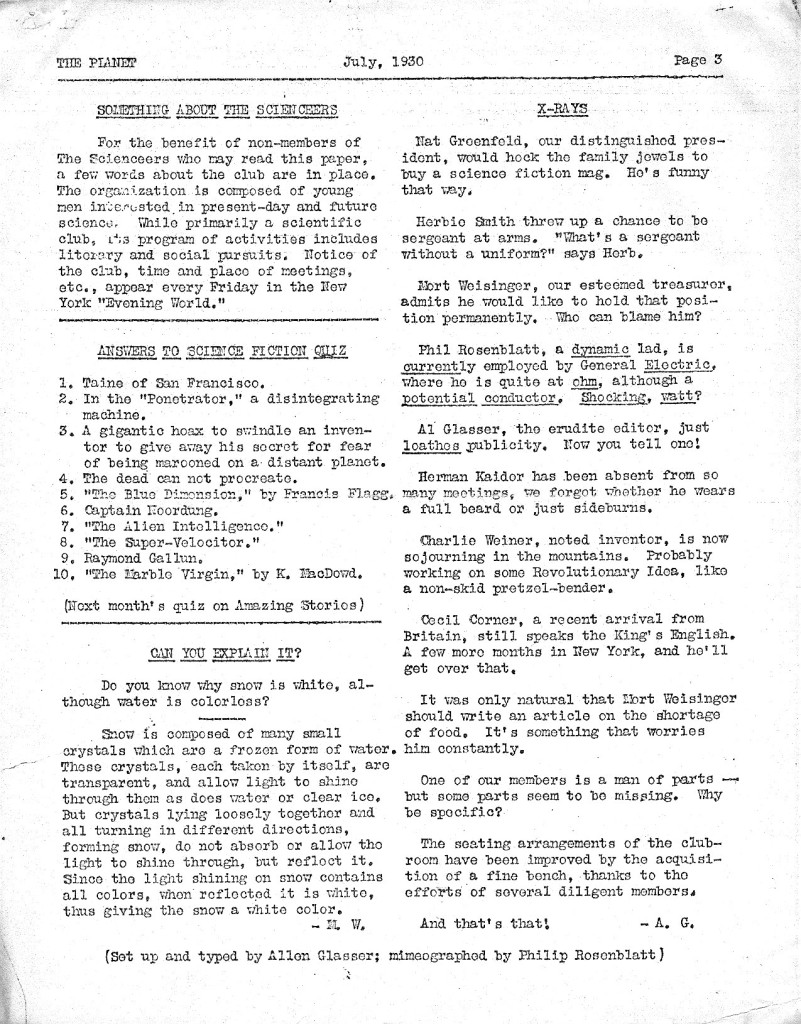 11 thoughts on “The Planet: One Last Landing”