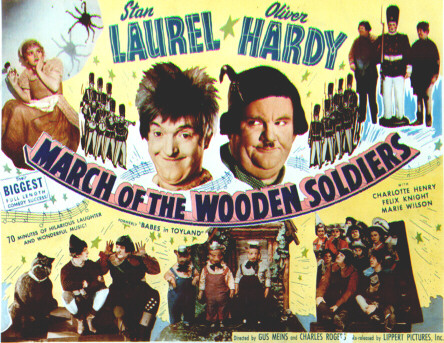 James H. Burns asks, “Is it possible for a classic to be overlooked? Laurel and Hardy’s Babes in Toyland (aka March of the Wooden Soldiers) may be remembered as a fun romp for the comedy legends, but it might also be one of the best fantasy films ever made. (It’s certainly one of the first creature movies lensed in the ‘sound era.’) In New York, and other parts of the country, broadcasts of the movie, beginning decades ago, became something of a Christmas tradition.”

Burns’s 2009 article “March of the Wooden Soldiers: A New York Christmas TV Memory” for the Village Voice  discusses that annual TV tradition, the search for a print of the long version of the film, and the movie’s Disney connection – just about Mickey Mouse’s only appearance in a live action movie, played by a monkey in costume! 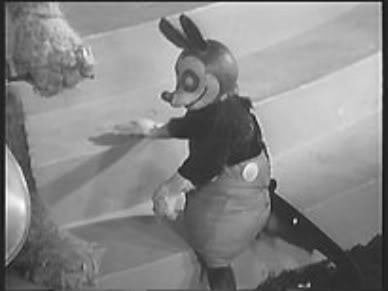