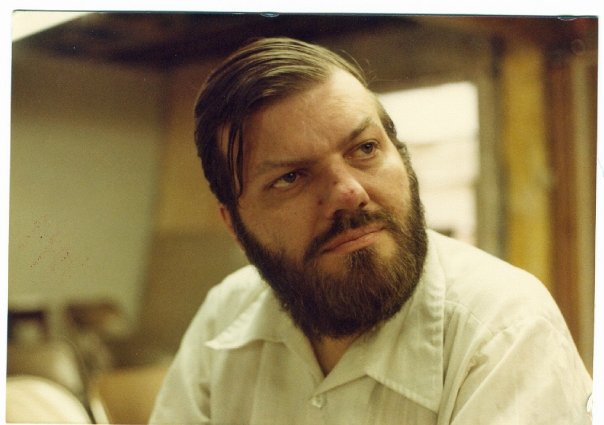 Dan Alderson at the LASFS clubhouse in the early 1970s. Photo by Bill Warren.

How interesting to discover that the Scientists of America app, which “explains about the famous American Scientists and their inventions,” includes Dan Alderson. His name and photo appear on the demonstration page along with others whose last names start with an A.

The late Alderson was a LASFS member and CalTech grad who worked at Jet Propulsion Laboratory where he wrote the software used to navigate Voyagers 1 and 2.

Alderson devised a Fortran program (called TRAM for Trajectory Monitor) for navigation in the solar system, still used by low-thrust craft in 2008.

Dan Alderson was often consulted by his fellow LASFS members Larry Niven and Jerry Pournelle. His contributions were acknowledged in the naming of the fictional Alderson drive and Alderson disk. He inspired the “Dan Forrester” character in Lucifer’s Hammer.

9 thoughts on “There’s an App for Dan Alderson”