Instead of announcing a winner at its November 22 meeting, the Presidio Trust Board sent advocates for the Lucas Cultural Arts Museum and two other finalists back to the drawing board to make more changes to their proposals for redeveloping San Francisco’s Crissy Field.

Despite the board’s complimentary remarks about all three plans in its public statement, Trust chairwoman Nancy Bechtle told SF Chronicle editors the 93,000-square-foot art museum, as presented, is an “inappropriate configuration” and “too big.”

Lucas complained in a recent New York Times article that Trust staff members “hate us” and are putting unreasonable conditions on his development team. He’s threatened to move the project to Chicago if his plan is turned down.

However, a Lucas spokesman said The Lucas Cultural Arts Museum will respond to the Presidio Trust’s request by the January 3 deadline.

Rivals for the space received critiques of their own reports the SF Examiner:

The Bridge proposal’s weakness has always been funding; no clear game plan for raising money was defined other than the inclusion of the Chora Group as the fundraising arm of the project. Their program concept—sustainability—is an important idea and in harmony with a Presidio location. The building, by WRNS, is a strong statement that is an enhancement to the site.

The Presidio Exchange, the strongest of the three proposals, was called out by the Trust for a lack of “focus”. However, when National Parks Conservancy director, Greg Moore, presented the proposal in a public session last month, the programmatic concept came across as solid and in sync with the Presidio mission. The EHDD building design is another strong effort that would be a welcome addition to San Francisco. 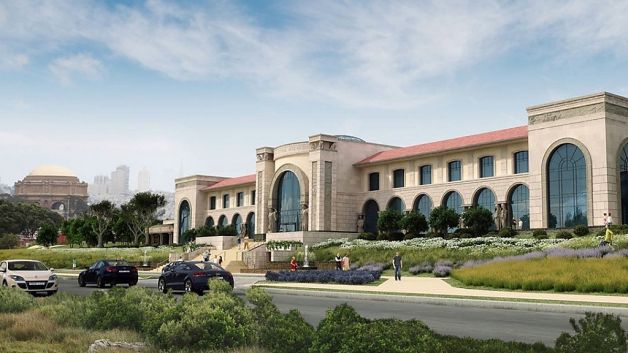