By Carl Slaughter: The ubiquitous Tina Connolly has a new YA magic coming of age series.  The hardcover for the sequel, Seriously Shifted, and the paperback for the original story, Seriously Wicked, are both out in November.  Tina will be on the bookstore circuit in November.  I’m mighty curious about her main character and she satisfies my curiosity.

CARL SLAUGHTER: Whenever I see a coming of age magician story, I always wonder if the young magician will have the benefit of a magic academy, be mentored by an elder magician, or learn everything by necessity and trial-n-error.  Why did you opt for Cam to go through self-discovery instead of structured/guided training? 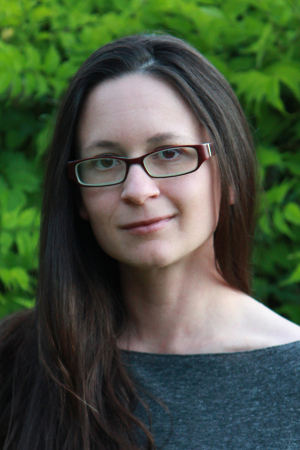 TINA CONNOLLY: Actually in both Seriously Wicked and Seriously Shifted, Cam’s guardian Sarmine is absolutely determined for her to learn magic. But the problem is, Sarmine is a wicked witch, and 10th grader Cam is horrified at the thought of turning wicked. So she initially refuses to learn magic at all. By the time book 2 rolls around, she unbends a little—but starts questioning her own ethics every step of the way!

CB: Without the benefit of professors, curriculum, libraries, labs, exams, contests, etc., how exactly does Cam learn her craft and improve her skills?

TC: Witches in this world are super paranoid. So other than learning from wicked witch Sarmine, Cam has to kind of strike out on her own to learn new things. She tries looking up spells on the witch version of the internet—but there are a lot of malware sites, and some of the spells she runs across backfire. In book 2  (Seriously Shifted) she also tries working in her lab at school to test new spells. Cam was a scientist long before she attempted any spells, so it’s natural for her to do trial and error to find a vegetarian substitute for some of the . . . nastier things the witches use in their spells. And try not to explode herself, or the lab, in the process.

CB: Does Cam have any friends, associates, guardians?  Anyone who is privy to her secret?  A sounding board?  Someone who has her back?

TC: Cam is deeply ashamed of her weird and not-super-awesome home life and has been keeping this secret for a very long time. In book 1 she finally unbends enough to put her trust in her best friend, Jenah. Opening up like this is hard for her, and it gave me a number of great moments to work with in both Seriously Wicked and Seriously Shifted where she and Jenah try to come to terms with what they will share, and when and how they will share it. Jenah is an extrovert who wants to be told everything, Cam is a deeply private person who is trying to learn to trust.

CB: Cam’s stepmother is a wicked witch, Cam wants to be a good witch.  Doesn’t that place her in serious danger, no pun intended?

TC: Yep! So first in Seriously Wicked, Sarmine summons a demon who accidentally takes over the new boy at school. Cam has to stop that. But she’s still determined to not be a witch herself, not any kind of one. Then in Seriously Shifted, Sarmine’s three wicked witch friends from college have a little reunion, and they decide to play an old game where they compete to see who can make someone the most miserable. Someone from Cam’s high school. And Cam can’t let that happen. So that’s why Cam, against her better judgement, decides to start down the slippery, ethical-dilemma-laden minefield of learning how to cast spells herself.

CB: Why does Cam assume being a witch means being wicked?  Does she not have any alternative role models?

TC: She does not. All the witches are terrible people. Usually in ridiculously awful ways like turning people’s hands to noodles or putting sharks in the courthouse.

CB: Wicked witches, good witches, a dragon, zombies, a demon, a phoenix.  Any other fantasy/horror creatures in this story?

TC: The first book also has some pixies, who are basically frogs with wings. Straight humans can’t see the wings. Book two introduces a number of new magical creatures, some of whom are spoilers. 😀

CB: In a TV series, who would play Cam, her step mother, and her boyfriend?

TC: Good question! I’ve never been able to pin Cam and Devon down too precisely, but the image I have in my mind of wicked witch Sarmine is of Meryl Streep from The Devil Wears Prada. But who I actually think should play her on TV would be Christine Baranski, whom I adore.

CB: I can’t read upside down.  What’s the title of the green book Cam is reading on the cover?

TC: I think that one says Magic for Beginners. That exact book is not in the book, but I had plenty of fun coming up with ridiculous spell names for the spells the witches do. Like “A Mystikal Spelle of Great Power”, which involves slug guts.

CB: Both books are listed on Amazon as being released on the same date?  How did that happen?

CB: How long will the series continue?

TC: It’s a three-book series, and I’m working on the third one right now. They are all standalone stories, but book 3 will also wrap up a couple lingering questions left over from the first two.

Thanks so much for having me on the site!

TINA CONNOLLY’S BOOK TOUR: Tina will be promoting her book on the West Coast for the next few weeks. Here’s the remaining schedule.