By Carl Slaughter: A roundup of space exploration news.

The Chinese government just announced that it’s planning on speeding up its roadmap for space exploration, with planned trips to the Moon in 2017 and 2018, and even a Mars probe mission by 2020. China’s Chang’e 5 mission is scheduled for 2017, and will attempt to land a high tech probe on the Moon where it will observe, dig, and collect samples before returning to Earth.

Spaceworks Enterprises is currently using a grant from NASA in the amount of $500,000 to develop systems that could keep a human alive in “low metabolic stasis” for long space trips, such as those to Mars. Spaceworks CEO John Bradford told reporters at a recent panel that “it’s medically possible” to create a system like the one from the film [Passengers], though the first steps will be smaller than the decades-long hibernation Pratt and Lawrence endure.

Not waiting. Lockheed Martin projects Mars base by 2028.

Speaking at a meeting of the National Space Club at Kennedy Space Center in Florida, Lockheed Martin’s Tony Antonelli explained that a trip to Mars isn’t just theoretical, but would utilize technologies that either currently exist or are actively being perfected. “We’re not waiting for the future and some kind of magic,” Antonelli explained.

Boeing is helping develop the Space Launch System, NASA’s next endeavor to get humans into space with the goal of returning to the moon and eventually Mars.

While it won’t be until late 2018 before the SLS Exploration Mission-1 takes flight, down the line Boeing would use SLS launches to get a habitat Boeing is calling the Deep Space Gateway near the moon. This habitat would be powered by a solar propulsion system and Boeing says it could be used for both government and commercial deep-space partnerships including missions to the moon. 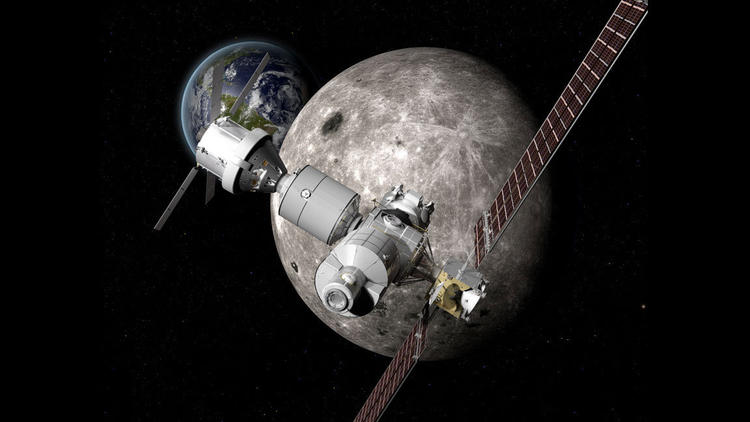 Follow the money. Goldman Sachs Tells Investors: Space economy will become a multi-trillion dollar industry within the next two decades.

“Since 2000, more than $13 billion has been poured into space-related start-ups and established companies.”

“Space mining could be more realistic than perceived … a single asteroid the size of a football field could contain $25 billion to $50 billion worth of platinum.”

Of course, most of the available downloads are related to topics that are perhaps of no real use for you (unless you’re launching satellites from your rooftops), like rocket science and propulsion, but there’s health monitoring, environmental science software, and data processing tools.

With 15 different categories, ranging from Design and Integration to Climate Simulators, there’s plenty of browsing material for you to check out at your leisure, but NASA kindly compiled a Top 20 most requested software titles for you to start your software download journey.

LAST UPDATED April 7: These dates are subject to change, and will be updated throughout the year as firmer dates arise. Please DO NOT schedule travel based on a date you see here. Launch dates collected from NASA, ESA, Roscosmos, Spaceflight Now and others. Please send any corrections, updates or suggested calendar additions to hweitering@space.com.

NASA budget. Is this another case of fake news or does Trump actually support space exploration?

“I’m delighted to sign this bill,” Trump said. “It’s been a long time since a bill like this has been signed, reaffirming our national commitment to the core mission of NASA, human space exploration, space science and technology.”

“With this legislation, we support NASA’s scientists, engineers and astronauts and their pursuit of discovery,” he continued, adding that the new legislation would support jobs. “This bill will make sure that NASA’s most important and effective programs are sustained.”

1 thought on “To The Stars”