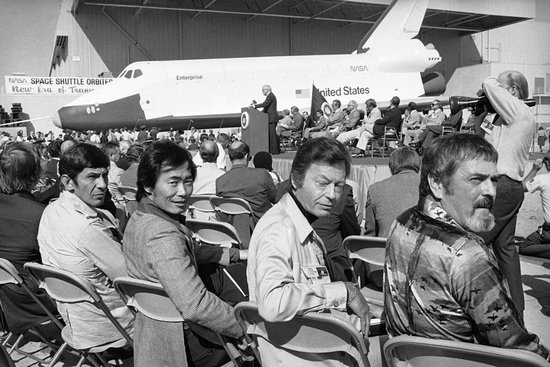 Although the space shuttle Enterprise never left the atmosphere, it was used for all kinds of tests over the years.

It was hauled over the road to Edwards Air Force Base to begin operational testing in January 1977.

No crew flew aboard the Enterprise for any of the first five Captive-Inactive Flights conducted between February 18 and March 2, 1977.