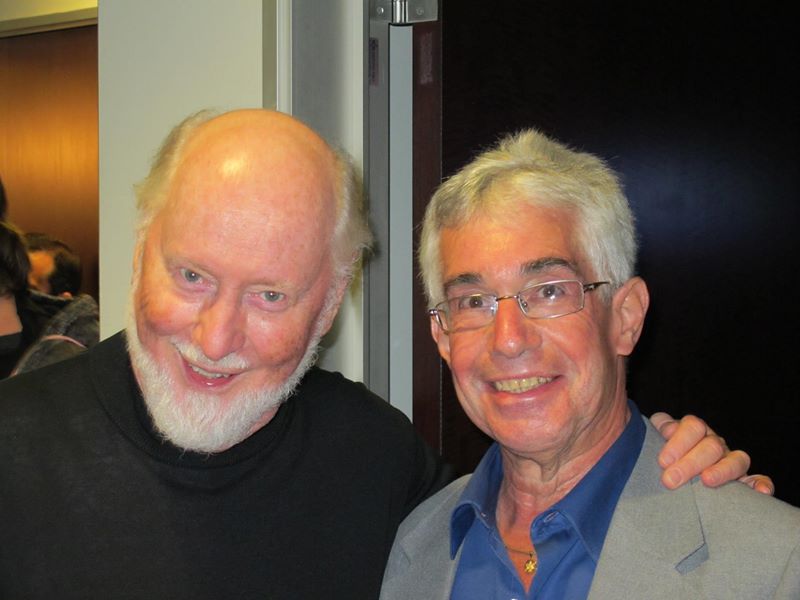 Simply one of the greatest moments of my life… Meeting John Williams for the very first time in his dressing room at The Hollywood Bowl in late August, 2010.

By Steve Vertlieb: There’s simply no other way to say it. This is one of the greatest single photographs of my seventy-one years. The time was late August, 2010. The place was inside the dressing rooms at The Hollywood Bowl in Los Angeles, California.

I discovered motion picture and television music in the late 1950’s, and had quickly become a passionate proponent of this wondrous art form. It was in 1959 that I’d first heard, or seen the name Johnny Williams. The program was a weekly detective series on CBS Television called Checkmate, and I immediately fell in love with its musical theme. A year later in 1960, I first heard the lilting strains of the music for Alcoa Premiere, a weekly anthology series for ABC Television hosted by Fred Astaire. It wasn’t long after that Wide Country debuted on NBC Television, and it too featured a wonderful accompanying score by Johnny Williams.

Over the next half century, I came to know and love the wonderful music of Johnny…then John Williams. I’d written published articles about him in books, magazines, journals and ultimately online. I’d written him numerous “fan” letters to a variety of locations over the ensuing decades, but to no avail. After the deaths of Ray Harryhausen and Ray Bradbury who both became cherished friends over many years, John Williams was my very last living lifelong hero. I’d finally come to the sad realization that I was never going to find an opportunity to meet him. 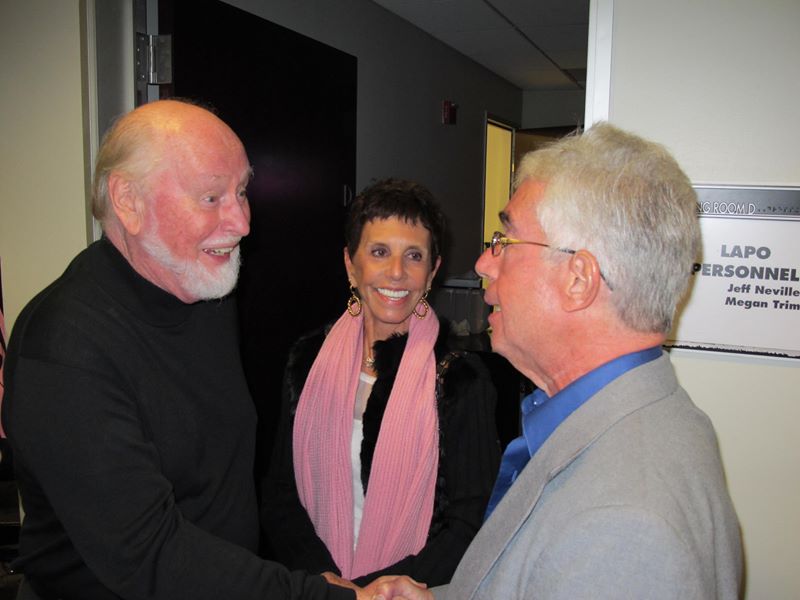 And then, merely five months after life threatening major open heart surgery in March 2010, and due entirely to the efforts and loyalty of cherished friend Juliet Rozsa, I walked backstage to the dressing rooms at The Hollywood Bowl in late August, 2010…a year that I did not expect to survive…and stood next to John Williams for the very first time. When he put his arms around my shoulders, I forced back tears of gratitude, and of joy. It was one of the happiest nights of my life in a year that I didn’t expect to complete. It was wonderful to be alive. Today is John Williams’ birthday. He is eighty-five years young. Happy Birthday, Maestro. God Bless You, both for your wonderful music…and for your even more gracious kindness. 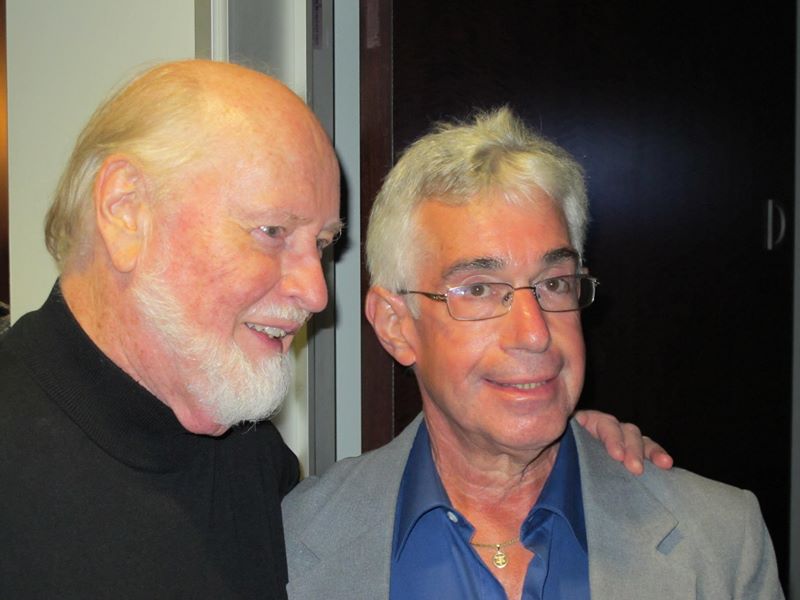