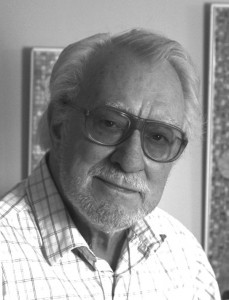 The first Destroyer was written in 1963, while Murphy served as secretary to the mayor of Jersey City and Sapir worked as a city hall reporter. Murphy decided to leave politics — “when everybody I worked for went to jail, I thought God was sending me a message to find a new line of work.”

He co-authored dozens of Destroyer novels with Sapir (who died in 1987), and later revived the series as a franchise with other co-authors.

He also wrote Grandmaster, which won the 1985 Edgar Award for Best Paperback Original Mystery Novel, and numerous other award-nominated novels and short fiction.

Murphy served in the military during the Korean War.

Interestingly, his list of five favorite novels (“not written by partners or friends”) featured Theodore Sturgeon’s More than Human.