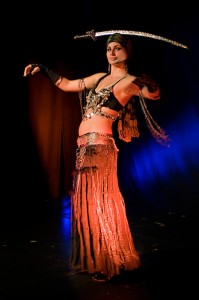 By James Bacon: So as Ireland took it upon itself to deftly sink in parts, the phrase ‘grand soft day’ was rapidly replaced with ‘Jesus Mary, Mother of God.’

Saturday, Day two, began with a strong sun bitterly shinning down coldly on a damp Wexford. Nearby Enniscorthy was now  impassable.

Deterred, not the young Jedi of Wexford, I tell you.

You just cannot beat duct tape, plastic piping and foam, for shutting children up, yes the light sabre shenanigans was very popular. Especially exciting was the more violent football jersey wearing kid who decided he was going to single handedly murder everyone, I was impressed with his energy, so took him on myself, and enjoyed teaching him rubbish moves, that made perfect sense to both of us. Full House for the boys.

The library continued to be a good focus of support, Sarah Rees Brennan is an awesome girl, so delightful, and she is also very with it, her reading went well, while more serious discussions about weather comics are just for boys seemed to spark a lot of interest.

Of course, problems arise. Problemo 1 was a guest MIA. OK so it’s Wexford and its a festival, but the retort ‘one of our guests is missing’ made me laugh for a moment or two, but we must be serious now, and that’s not very professional is it…. ah well. They remain nameless…

Darren Shan was excellent, from Elephant and Castle, it was nice to chat with someone who knows where Croydon is, he is beyond nice, and was especially good with his younger fans and he writes out individual long inscriptions, tailored to the reader – awesome. He looks like a indie rock star, who might DJ of an evening, in a hoodie top, a stylish jacket and with curly hair and a real cheeky smile.

Dr. Emma now has a Wexford fan club, with the science of another thing well-attended, and children took every opportunity to run down to the stage to stare closer at her. Fascinated.

So one of our other guests, left his keys in his door, at the guest house, but they were missing, but feared that MIA guest may have taken them, the plot not so much thickened, as stewed.

I was unsure how a comic workshop would work out, but it filled to capacity (24 youths) and they made very good use of all the materials we brought along, is it natural that kids will attempt to up their game, when provided with professional equipment?

The big show of the day was Darren Shan and Eoin Colfer in conversation, they both read some, and it was a great ‘discussion’ the two of them are very funny, Eoin has the ability of a stand up comedian, and paired with Darren it was great laugh out loud laughter. Then they signed and signed and signed.

So a third guest reported that he had been ‘invaded’ in the middle of the night. MIA guest had apparently gained access to his room in the early hours, unclear how this was, or if door was unlocked, but the second time, guest 3, freaked a little, exited guest house and departed. Oh Dear.

But then came the cabaret.

Caca Millis Cabaret is a regular light entertainment evening, first off we had the hostess, looking French, singing Duke Ellington and Edith Piaf. Then we had a belly dancer with a sword, Alexandra Drafilova from the Khelashi Dancers, it was, well, we had to stop men and women running to the stage to be fascinated. Paul Creane was next, with Seamus, on mouth organ and occasional guitar accompaniment, Sarah Rees Brennan made everyone laugh with a short reading from her, book, and then a reading by Oran Ryan, one that was full of metaphor and insight, followed by some really great poetry readings (yes, I said that) by Patrick Chapman, I especially liked “Darwin’s Vampire,” “Saint Dracula” (which had everyone pissing themselves laughing) and his reading of his title poem, from his book A Shopping Mall on Mars, was very science fictional.

And so, he appeared on stage, with a book of crime stories, set in Dublin and deep hidden away in dark pages about Dublin, he read a story he had written. There was a Batman reference in the story, which drove the gathered crowd, who had been guffawing and laughing to cheering and it was very good, violent, dark, full of vulgarity and abuse and Dublinisms.

The weekend was made.

More music, Jacques Brel’s “The Port of Amsterdam,” and some amazing footage by a local teenager Chris O’Neil — http://www.youtube.com/watch?v=TywmpMQYojs — who was on stage, and due to the baying of the crowd, was forced to endure an encore and replaying.

Then, as things wound up, we had a humourous clip, and it went dark and quiet, and then we saw a man in an attic, scurrying nearly, being pursued, and a real hush befall the venue, and we saw Rick Deckard slip and fall and grip to a girder for dear life, and as Roy Batty saved his live a real tingle ran through the audience, and then, we all watched, and some even cried, as we watched what must be the best science fictional movie moment of al time.

No humour, no post modern ironic bull, no laughs, just the words as they were meant to be seen.

Not much could follow that, really, and the night shortly drew to a close.