By Mark L. Blackman: On the evening of Wednesday, November 16, 2016, the Fantastic Fiction Readings Series hosted readings by authors John Langan and Matthew Kressel, both very familiar faces, at its longtime venue, the distinctively décored 2nd-floor Red Room of the KGB Bar in Manhattan’s East Village.

The Series is co-hosted by Kressel (for the past 8 years), however, as he was reading, David Mercurio Rivera ably filled in for him and welcomed the crowd. For over two decades, he noted, the Series, whose other co-host is Ellen Datlow, has presented readings (always free, and thank the Bar by buying drinks) both by luminaries and up-and-comers on the third Wednesday of the month. He announced that next month’s readers would be –

(Details are available at here.)  Concluding, he introduced the first reader. 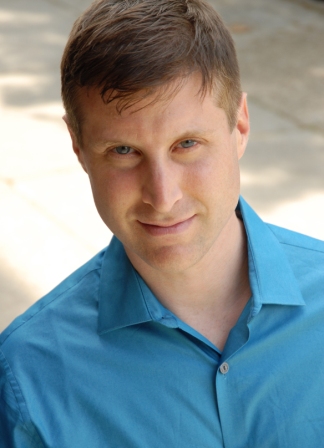 Aside from co-hosting, Matthew Kressel is the author of the novels King of Shards and the forthcoming Queen of Static. His short fiction has twice been nominated for a Nebula Award.  Additionally, he published the World Fantasy Award-winning anthology Paper Cities, and, for his publishing work, received a World Fantasy Award nomination for Special Award Non-Professional.

At the mike, he expressed his humility at reading here, which is a very different experience from hosting. He did not recite Blade Runner in its entirety from memory, but instead read “In Memory of a Summer’s Day,” a story that will be appearing in an as-yet-entitled Alice in Wonderland-themed anthology edited by Datlow. Wonderland has here become a tourist destination and its celebrated locales attractions – the Mad Tea Party, the Croquet Ground (where hedgehogs scream), the Queen’s Court (there are no actual beheadings), etc., and eateries offer Beautiful Soup and Lobster Quadrille. (There are warnings about the Drink Me bottles, and the Caterpillar has an illegal trade in psychedelic mushrooms. Before going down the Rabbit Hole, visitors must sign a waiver. There is also, by the way, a Through the Looking Glass Tour.) Narrated by a veteran tour guide, whose British accent Kressel happily did not attempt, the humor had a strong element of inherent horror (think about it – Wonderland is far from a fun place), and ultimately the question surfaces …where is Alice? 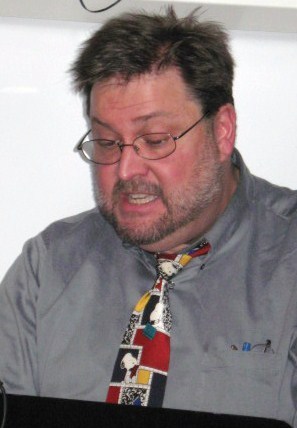 After a break, Datlow introduced John Langan. He is the author of the novels The Fisherman and House of Windows, and the collections The Wide Carnivorous Sky and Other Monstrous Geographies and Mr. Gaunt and Other Uneasy Encounters., as well as the co-editor of Creatures:  Thirty Years of Monsters. A forthcoming third collection of his stories, Sefira and Other Betrayals, will be published by Hippocampus Press in February, and new stories will shortly appear in Children of Lovecraft, The Madness of Dr. Caligari, The Mammoth Book of Cthulhu, Swords v. Cthulhu, and Children of Gla’aki. This venue is one of the first places where he read, he said, and felt privileged to be back. The novella from whose beginning he read, “Hunger,” will be appearing in one of the Lovecraftian anthologies. The story, he revealed, is about two poets, though in the selection that he shared a boy and his father (who are into antique weaponry – they carry, respectively, a spear and a sword) confront an unearthly giant orange bear in their Upstate New York driveway who may be tied to a recent houseguest.

Copies of Langan’s and Kressel’s books were for sale at the back of the room by the Word Bookstores of Greenpoint, Brooklyn and Jersey City.

Datlow’s photos of the event may be seen at the Series’ website, http://www.kgbfantasticfiction.org/ .