It’s official! Ms. Pac-Man gobbled up the competition. Dance Dance Revolution hit the beat. The Legend of Zelda: Ocarina of Time completed the adventure. And Sid Meier’s Civilization made history. These four iconic games—which have influenced popular culture and the video game industry—today joined the World Video Game Hall of Fame at The Strong National Museum of Play. They emerged from a field of finalists that also included Assassin’s Creed, Candy Crush Saga, Minesweeper, NBA Jam, PaRappa the Rapper, Resident Evil, Rogue, and Words with Friends.

Says Julia Novakovic, senior archivist, “Ms. Pac-Man promoted and signaled the broadening of game play across the genders. There was nothing inherently gendered about early video games, but the coin-op industry certainly advertised them that way. By offering the first widely recognized female video game character, Ms. Pac-Man represented a turn in the cultural conversation about women’s place in the arcade as well as in society at large.” 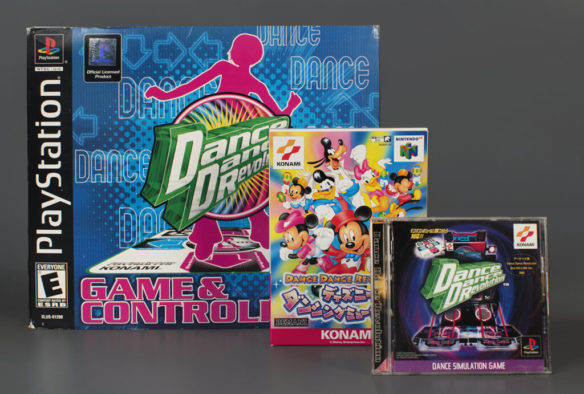 Konami’s Dance Dance Revolution (DDR) took Japanese arcades by storm in 1998, challenging players to use their balance and dexterity to step to the beat of popular music. The fast-paced game spread quickly to arcades across the world, and Konami spun out a home version of the game on the Sony Playstation the following year. More than 100 versions of the game have been produced since 1998, and Dance Dance Revolution helped to pave the way for other iconic music games such as Guitar Hero and Rock Band.

“As Dance Dance Revolution’s name implies, it truly provided a revolution for the music game scene,” says Lindsey Kurano, video game curator. “Music has been an integral part of human life since prehistoric times, so it comes as no surprise that DDR enjoyed a unique popularity that spanned ages, genders, and regions.” 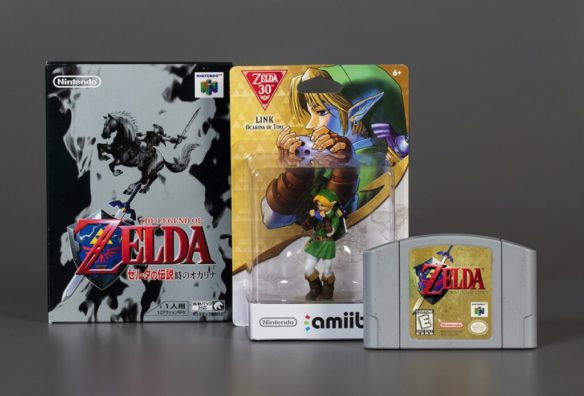 Released for the Nintendo 64 gaming console in 1998, The Legend of Zelda: Ocarina of Time defined what a 3D action video game could be, influencing countless games that followed. The game’s combination of storytelling, puzzle-solving, and combat earned Ocarina of Time multiple “Game of the Year” awards in 1998. The game sold more than 7.6 million copies worldwide, and it continues to be recognized by players and critics alike as one of the best video games ever made.

Says Andrew Borman, digital games curator, “Even today, developers throughout the world credit The Legend of Zelda: Ocarina of Time as influencing the way they create games. The game’s sprawling 3D world, fluid combat, complex puzzles, and time-shifting story combined to inspire a wonder in players that they have never forgotten.” 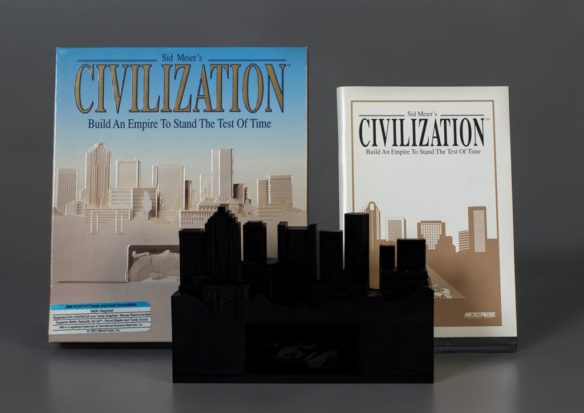 Sid Meier’s Civilization became one of the most influential simulation and strategy games of all time after its release in 1991. Large in scope, the game invited players to develop their own empire over centuries of time, and the title launched a series of successor games including, in recent years, Civilization: Beyond Earth and Civilization VI.  With more than 50 million units sold, the popularity of the Civilization series disproves the common perception that it is always more fun to destroy than to create.

“The addictive nature of the game, which creator Sid Meier himself called the ‘one more turn’ quality, and its nearly unlimited choices that prevented repetitive gameplay, earned Civilization recognition from Computer Gaming World as the best video game of all time in 1996,” says Jon-Paul Dyson, director of The Strong’s International Center for the History of Electronic games. “Altogether—and given the extraordinarily long periods of play the game afforded—players have engaged with the Civilization series for more than a billion hours.”

[Thanks to John King Tarpinian for the story. Based on a press release.]