By John Hertz: The 76th World Science Fiction Convention Masquerade was Saturday 18 Aug 18. I was one of the judges.

Decades ago the Masquerade, as its name suggests, was a dress-up party. By the 1960s it had evolved to its present form, an on-stage costume competition with lights, sound, and awards (not prizes – nothing of intrinsic value – just glory). Wonders appear.

Like much else that we contrive somehow, it’s amazing we can do the Masquerade at all. There’s almost no rehearsal time; people are busy. This can be hard on the tech crew. People come from all over; how to bring costume pieces? Another incentive to do more with less.

Experience has given us guidelines.

An Original Masquerade entry might be from an SF story (but not an existing illustration), or myth, or wholly the entrants’ imagination. A Re-Creation, not meant to be original but faithful, might be from a book cover, a film, television, animé, a poster, video games; Re-Creation entries give the Masquerade Director documentation showing their source.

Novice, Journeyman, and Master classes let entrants compete at their own level – if they wish. If one has never won a major award (higher than Honorable Mention) at a comparable Masquerade, one may enter as a Novice; then until winning three major awards, as a Journeyman (the suffix -man isn’t masculine); thereafter one is expected to enter as a Master. Anyone may “challenge up”. Exceptions are made as needed by the Masquerade Director. The Worldcon 76 Masquerade called the most demanding class “Open” instead of “Master”.

The Judges sit in the theater, and see what the audience sees. Sometimes a Judge is posted at the back of the room to get that perspective.

Workmanship Judges look at an entry backstage before it goes on; workmanship judging is optional, and need not be for everything: “This space-ship, please, but not my bug-eyed-monster suit”, or “Only those green headdresses”. This allows recognition, if the entrants wish, of what may not be obvious to the audience.

Judges have and need a lot of latitude in giving and indeed naming awards. We’re always comparing apples to androids.

After all entries have gone on, the judges go off, to deliberate. Would you like it to be faster? We’d like that too. If there are three dozen entries, and we spend two minutes on each one, we’ve been out an hour.

Honorable Mention, also Workmanship Honorable Mention for Proton Pack Perfection: “Raymond J. Stanz, Apparition Eliminator”, Zach Miles (this had been in the Midamericon II Masquerade (74th Worldcon), but won only a Workmanship Award; it was allowed to enter again) 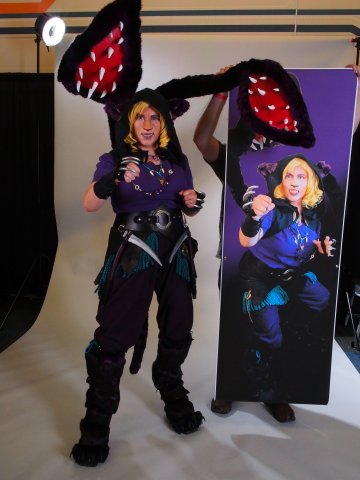 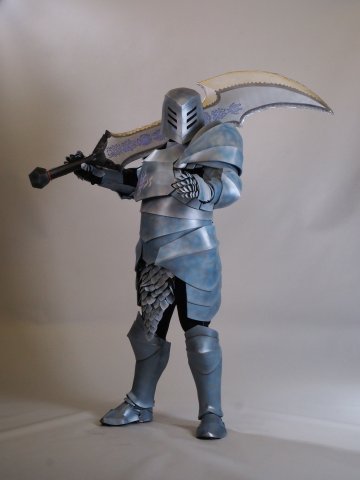 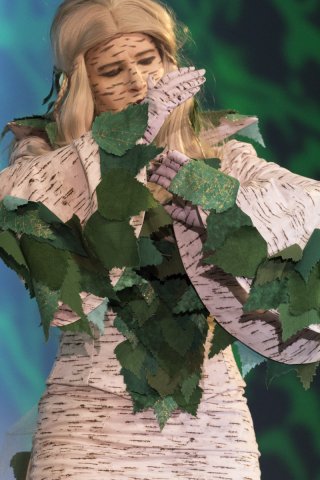 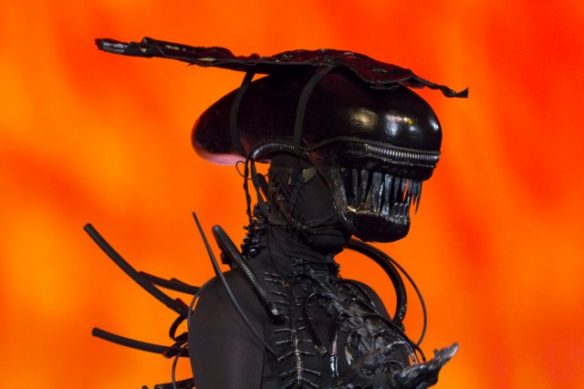 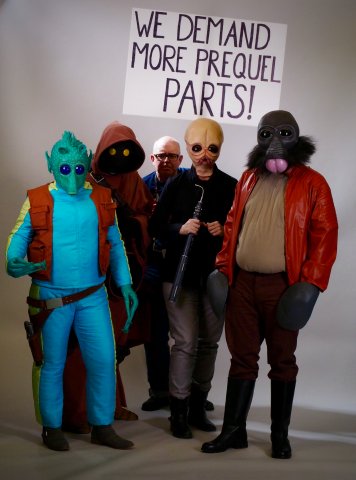 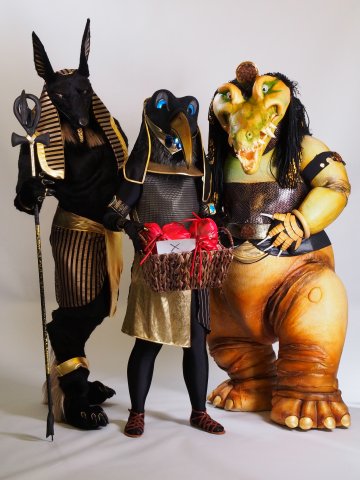 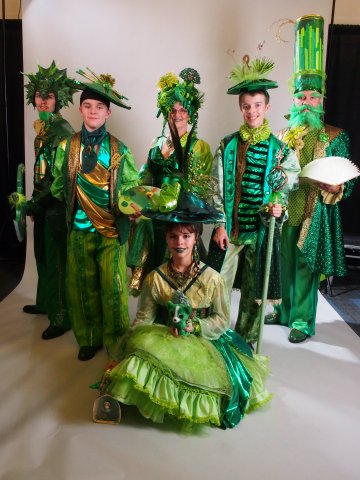 Note, the newsletter report (The Tower, Issue M) is incomplete and has some errors.

The photos above come from the Worldcon 76 photography galleries. (Credits not listed at the site, but File 770 will add them if provided.)