The end is nigh. #GoodOmens: Coming to Prime Video in 2019. Based on the best-selling novel by renowned authors Terry Pratchett and Neil Gaiman, this series follows the story of Aziraphale, an angel, and Crowley, a demon, who have formed an unlikely friendship spanning 6,000 years and have grown fond of life on earth. However, the end of time grows near with the approaching Armageddon and they must now join forces to find a way to save the world.

[David] Tennant stars as demon Crowley, while [Michael] Sheen plays the angel Aziraphale. Both beings have lived among mortals throughout history, and have grown bizarrely fond of their life together.

…Tennant told RadioTimes.com and other press that he was surprised at how far the visual effects had come since his time on Doctor Who.

“That’s what’s interesting about doing a show like this,” Tennant said. “It’s ten years since I did Doctor Who, which has a similar mixture of practical effects and visual effects – and the world has moved on really fast. When we did Doctor Who there would be about five CGI shots per episode. Now we’re almost up to five per scene.”

Gaiman also explained how he felt simultaneously ‘liberated’ and ‘terrified’ when it came to adapting the work for television.

“Normally when people say, ‘What’s it like?’, what they really want is you to say something like, ‘It’s Casablanca in Space’ or whatever. They would like you to compare it to other things. 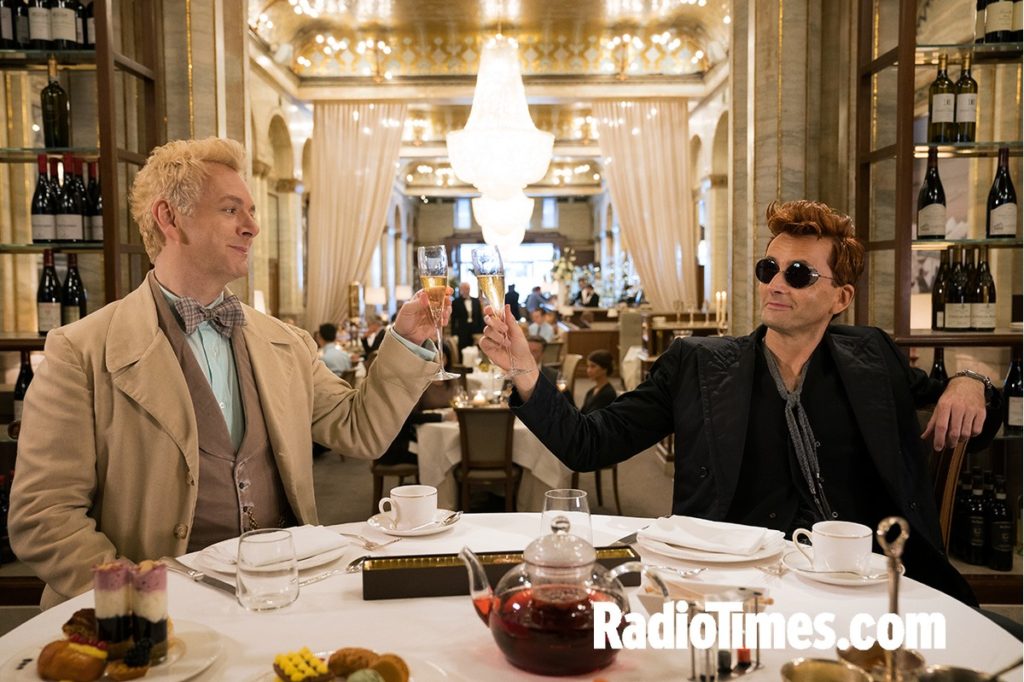