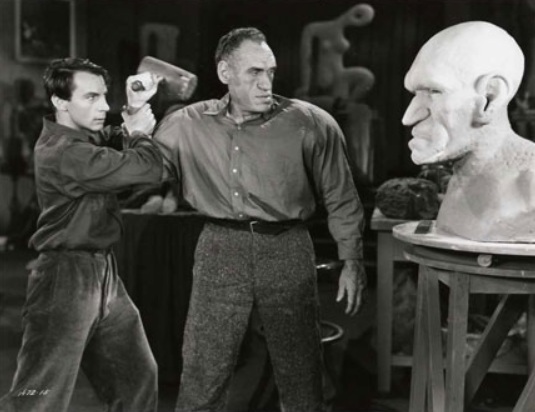 This photo of Hatton in the 1946 film House of Horrors was an inspiration for the distinctive bust given to winners.

The voters’ choices for the 15th Annual Rondo Hatton Classic Horror Awards were announced April 23. More than 3,200 fans and professionals participated in the voting.

The Rondo Awards Ceremony will be held at WonderFest Convention in Louisville on June 4. 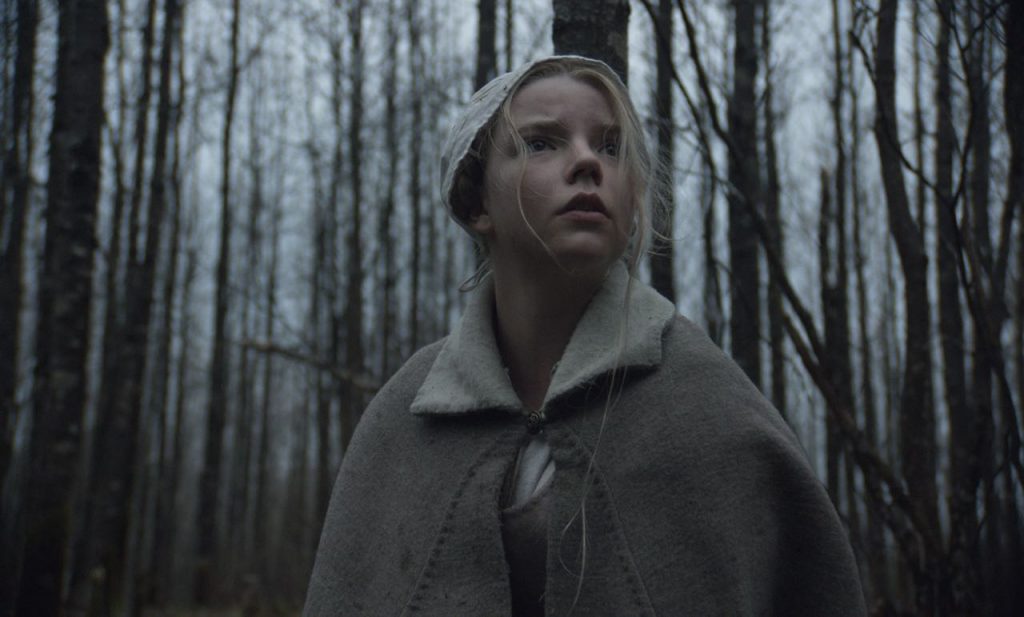 Runner-up: I AM THE PRETTY THING THAT LIVES IN THE HOUSE

Runner-up: EYE OF THE BEHOLDER

Honorable mentions: FLESH AND BLOOD: THE HAMMER HERITAGE OF HORROR; JUST DESSERTS: THE MAKING OF CREEPSHOW

BOOK OF THE YEAR

Honorable mentions: FANTASTIQUE: Interviews with Horror, Sci_fi and Fantasy Filmmakers, by Tony Earnshaw; BEWARE THE MOON: The Story of An American Werewolf in London; SCORED TO DEATH: Conversations with Some of Horror’s Greatest Composers, by J. Blake Fichera

WRITER OF THE YEAR

A true horror journalist, April Snellings has delved deeply intio the reality surrounding monsters and supernatural lore. from the secret history of opuija boards to a look at Shirley Jackson’s impact on horror, April is one of Rue Morgue’s most prolific staff writers. Recipient of a Society of Professional Journalists award, April also has ventured into radio drama with a well-received episode of Tales Beyond the Pale.

ARTIST OF THE YEAR

When it comes to monsters we’ve known and loved, the work of Mark Maddox is everywhere. Whether reawakening the familiar (Dracula, Rodan), or the obscure (Doctor Who aliens, Carmilla), Mark is a fan favorite and an editor’s delight. No wonder his work is nominated for several covers each year.

The art of Malcolm Gittins is raw and day-glo, taking observers back to the very essence of monster magazines, toys and fandom. Malcolm doesn’t go for hyper-realism but for the essence of what attracted kids, and Monster Kids, to the movies in the first place. In short, he paints what we used to see. 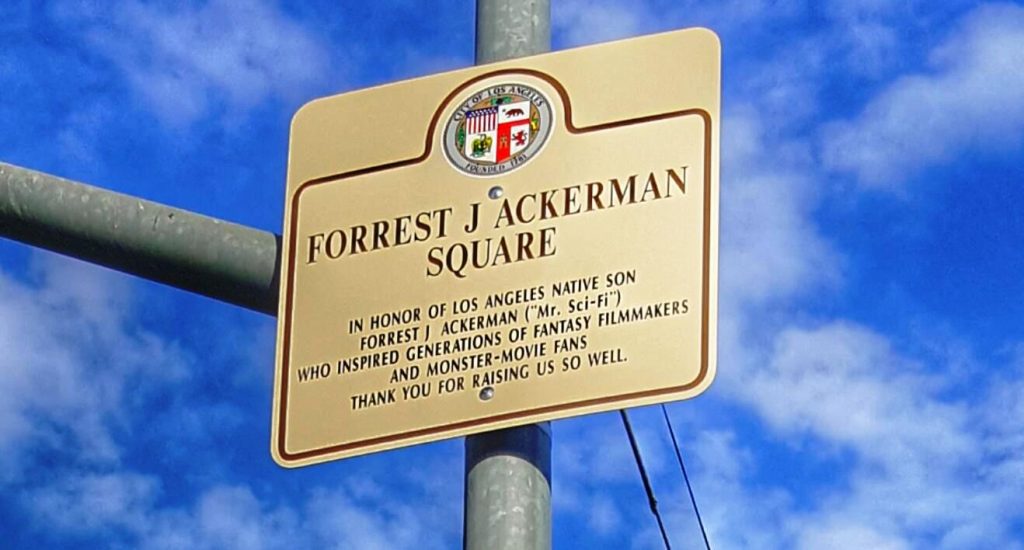 Monster fans in L.A. had a dream — naming a square near Forrest J Ackerman’s favorite haunt, the House of Pies, after FJA himself. With the help of Los Feliz Councilman David Ryu, fans Joe Moe, Sean Fernald, Paul Davids and others made it happen. (And yes, the period after J has been removed!)

Frankenstein scholar Pierre Fournier  spearheaded the idea to hold a remarkable reunion in the Malibou Mountains last spring. That’s when Sara Karloff met Don Watkins, son of Marilyn Harris who played  ‘Little Maria,’ at the exact same spot where the Monster threw Watkins’ mother into the lake in the 1931 Frankenstein. ‘All is forgiven,’ Watkins told Sara, but the moment was surprisingly emotional, even 75 years later.

MONSTER KIDS OF THE YEAR

During a time when print magazines face ever more obstacles, Don and Vicki Smeraldi took on the challenge of keeping SCARY MONSTERS MAGAZINE alive. After publisher Dennis Druktenis’ retirement, the Smeraldis took over with #101, ensuring the ‘Only Real Monster Magazine’ will live on!

THE MONSTER KID HALL OF FAME

Bob Furmanek has spent a lifetime preserving, seeking and celebrating the lost classics, with a special eye to the third dimension. Bob founded the 3-D Film Archive in 1990, and helped restore films such as IT CAME FROM OUTER SPACE and GOG to 3-D glory.

While he rarely dressed as a ghost, John Stanley was a true horror host, helming ‘Creature Features’ in San Francisco for six years after Bob Wilkins moved on. Erudite and playful, Stanley interviewed Vincent Price, Christopher Lee  and others. Now a writer, his movie guides recall the days before VHS, when monster movies ruled TV.

Critic and writer Richard Harland Smith has the rare gift of being able to explain the nuances of horror movies to those who know little about the genre. Richard’s Movie Morlocks blog at TCM found new audiences for some of the channel’s cult films. A writer for VIDEO WATCHDOG, a founder of the Mobius Home Video Forum and a frequent DVD commentator, RHS always bring a fresh take on the odd, or the familiar.

Podacsts often are hit-and-miss, odd schedules, flexible formats. Not so at B-Movie Cast, where the late Vince Rotolo, his wife and crew discussed B-movies every Sunday. The show influenced many, including Derek Koch of Monster Kid Radio who was a frequent  guest and called him a mentor.  Vince explained his passion this way: ‘Just because you grow old doesn’t mean you have to grow up.’

The late Mark Miller was a film historian who focused on British cinema and classic horror. His filmographies of  Peter Cushing and Christopher Lee,are the definitive references. A teacher for 30 years, he was a frequent contributor to monster magazines and books, and always a major presence at Cinevent in Ohio and the Fanex conventions in Maryland.