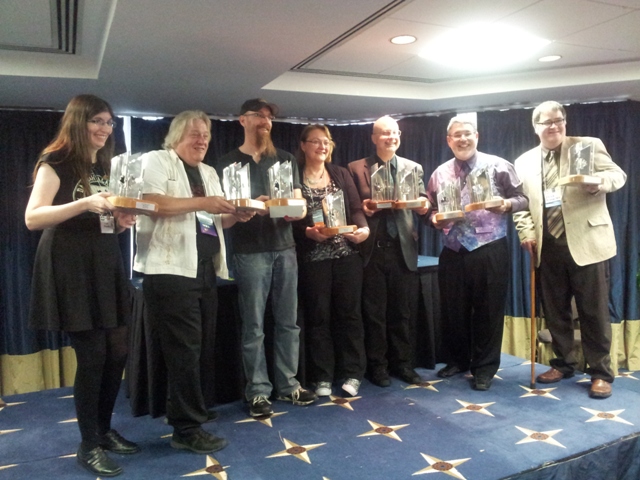 The winners of the 2013 Prix Auroras were announced in Ottawa at Can-Con this weekend.

The Best English Novel winner, Tanya Huff, received a trophy and a check for $1000 from SFCanada, the Canada sf and fantasy writers association. This is her first win.

In its inaugural year, the Best English Young Adult Novel award was given to Ottawa’s Charles de Lint, his eleventh Aurora nomination and second win.

Robert J. Sawyer was presented with a special Lifetime Achievement award for his dedication to the promotion of Science, Science Fiction and mentoring new and aspiring writers.

For over 30 years the Aurora awards have been given out for Canadian literary and fan works that members of the Canadian Science Fiction and Fantasy Association (CSFFA) feel are exceptional.

[Thanks to the Aurora administrator and Taral for the story.]