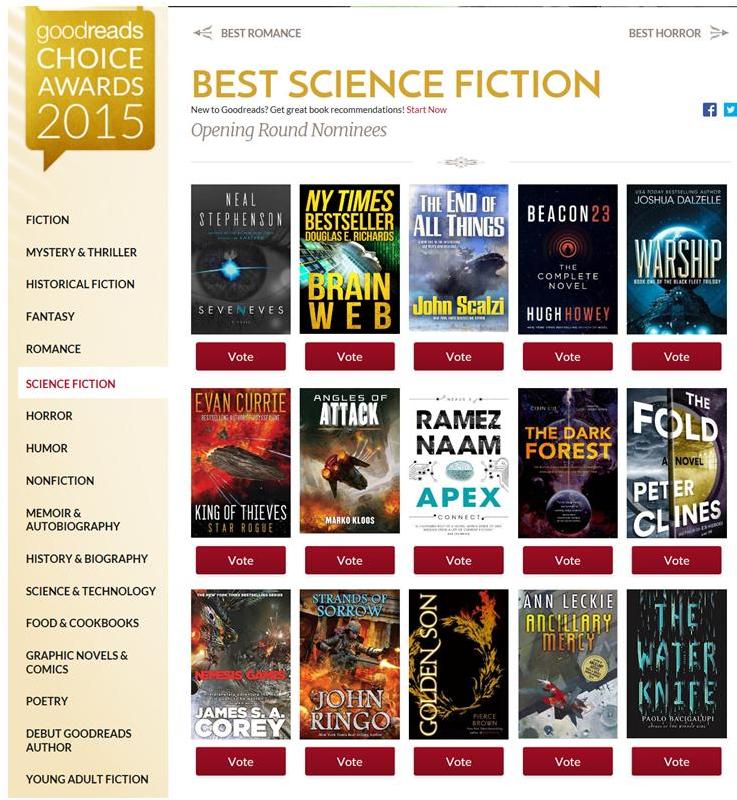 Marko Kloos posts about “the 2015 goodreads choice awards and you”.

It appears to my untrained eye that ANGLES OF ATTACK, the third Frontlines novel, made it into the opening round of the Goodreads Choice Awards 2015, science fiction category. That means a whole lot of readers thought it didn’t suck, which is a cool and pleasing thing.

In the wake of the ballot-related kerfuffle that happened earlier this year, I am extremely hesitant to throw out any recommendation or suggestion regarding votes, but if you have a Goodreads account and think that ANGLES is deserving of a vote, I would not oppose it in the least. And if you think one of the other fine novels in the SF category was better than ANGLES, you should totally vote for that, and I won’t mind in the least. There are some pretty good novels in that list, including stuff from John Scalzi, Ann Leckie, Neal Stephenson, and Paolo Bacigalupi, all kick-ass writers in their own right.

John Scalzi encourages people to vote for their favorite.

And in the Goodreads Choice fantasy category, N.K. Jemisin acknowledges there is stiff competition.

Yikes, THE FIFTH SEASON is up against some stiff competition for this year's Goodreads' Choice for Best fantasy: https://t.co/ddy6Uj5Bt7

Here are links to the Goodreads Choice 2015 Science Fiction, Fantasy, YA sf and fantasy, Graphic novels and comics, and Horror categories. 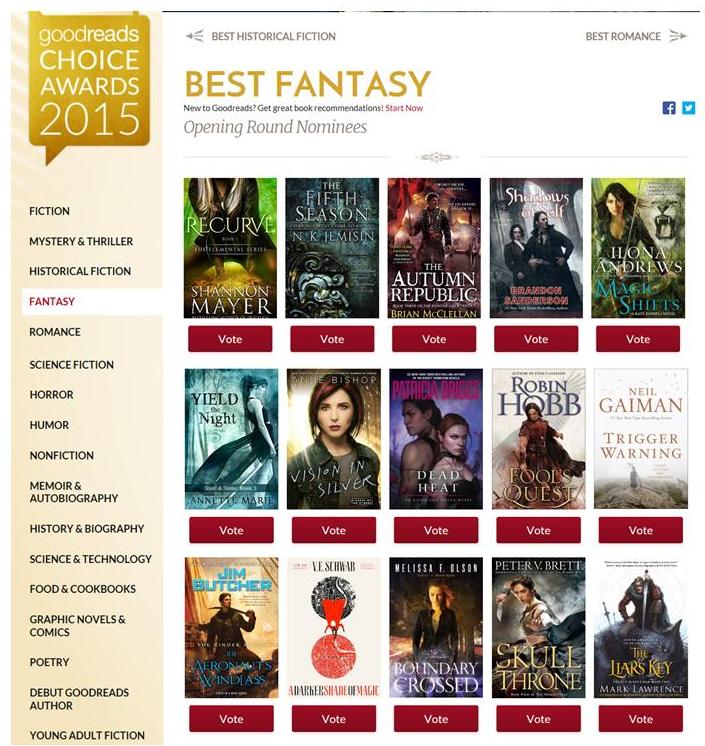 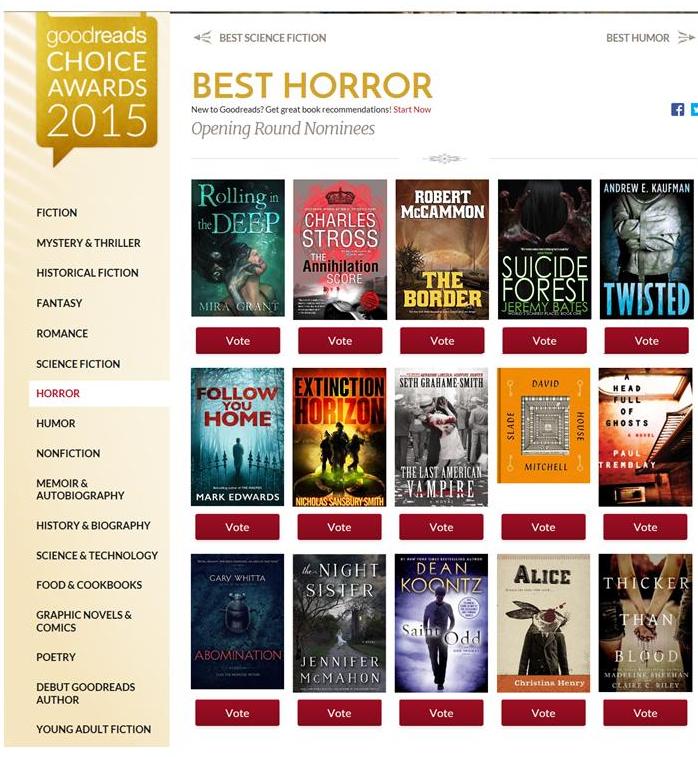 Update 11/03/2015: Edited the sentence about John Scalzi for greater precision about what he actually said, versus what I surmised about his willingness to be voted for.