The award recognizes outstanding science fiction and fantasy novels written by North Carolina authors. The winner is selected by a vote of members of sf conventions in North Carolina (illogiCon, ConCarolinas, ConTemporal, and ConGregate). Eligible voters should submit a voter registration form in order to participate.

This year’s selection will be revealed on July 11 at ConGregate in Winston-Salem. 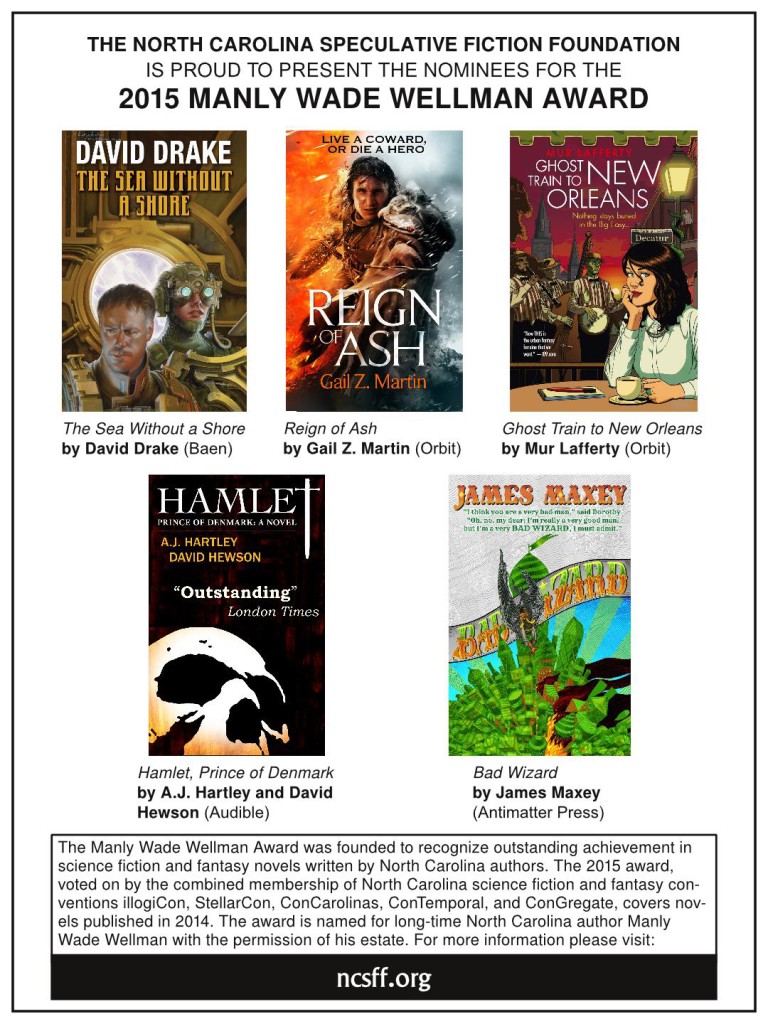 [Thanks to Jim Van Verth for the story.]