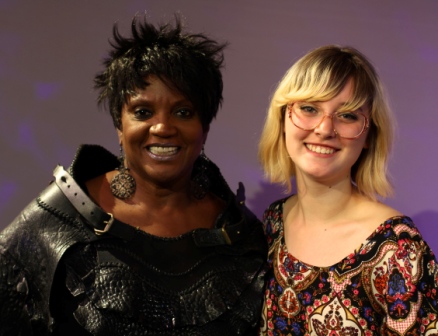 The winner of Sci-Fest LA’s Tomorrow Prize for New Short Fiction was “Freedom” by Ashley Anderson from Port of Los Angeles High School. Her story was read aloud by Anna Maria Horsford during the award ceremony on May 16.