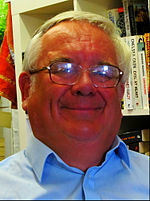 Ramsey Campbell: S. T. Joshi predicts “future generations will regard him as the leading horror writer of our generation, every bit the equal of Lovecraft or Blackwood.”

The English author, editor and critic has been writing for well over fifty years. He sold his early stories to editors including August Derleth and Robert A.W. Lowndes. He was only 18 when his first collection, The Inhabitant of the Lake and Less Welcome Tenants (1964) was published by Arkham House. He is the Lifetime President of the British Fantasy Society.

Campbell has already racked up career honors including a Bram Stoker Award for lifetime achievement (1999), the International Horror Guild Awards Living Legend (2007), and as a World Horror Grandmaster (1999).

He has been nominated for the World Fantasy Award 15 times, with four wins. He has won three Bram Stoker Awards and 12 British Fantasy Awards. 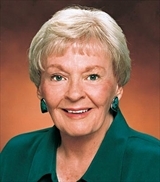 Sheri S. Tepper: Her first fantasy novel was The Revenants (1984), however it was preceded in publication by her True Game books (King’s Blood Four and Necromancer Nine, both 1983), and Wizard’s Eleven (1984). She has written 36 genre novels.

Her novel Grass was a 1990 Hugo nominee, her novella “The Gardener” a 1989 World Fantasy Award nominee. She has had four novels shortlisted for the Arthur C. Clarke Award, and had seven works listed for the Tiptree Award.

She has also written horror as E.E. Horlak, and mysteries under the pseudonyms A.J. Orde and B.J. Oliphant.