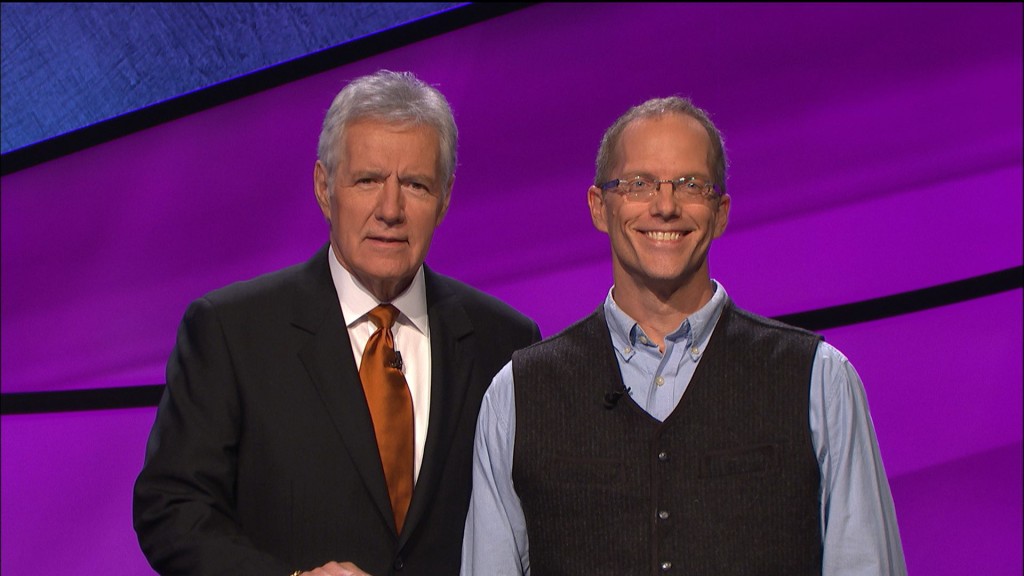 The Alex twins, Trebek and Irvine.

By Tom Galloway: SF/fantasy/comics writer Alex Irvine won Wednesday’s episode of Jeopardy! with a whopping $26,000, and will defend his championship today.

While he obviously did well, he made a horrible Daily Double wager. He got the final Daily Double as the last clue in the game, meaning the scores after his answer would be what they’d be in Final Jeopardy!. Irvine had $20,000, and the player in second place had $12,800. To my shock, he wagered $5000, which makes no sense.

As it happened, he missed the Daily Double, and then was the only player to correctly answer Final Jeopardy!, so it didn’t matter.