Awards presented at the 38th International Conference on the Fantastic in the Arts in Orlando, Florida on March 19 included:

The International Association for the Fantastic in the Arts (IAFA) Distinguished Scholarship Award is an annual career award, presented annually since 1986, recognizing distinguished contributions to the scholarship and criticism of the fantastic.

The International Association for the Fantastic in the Arts presents an annual award and stipend to the graduate student submitting the most outstanding paper at the Association’s conference. 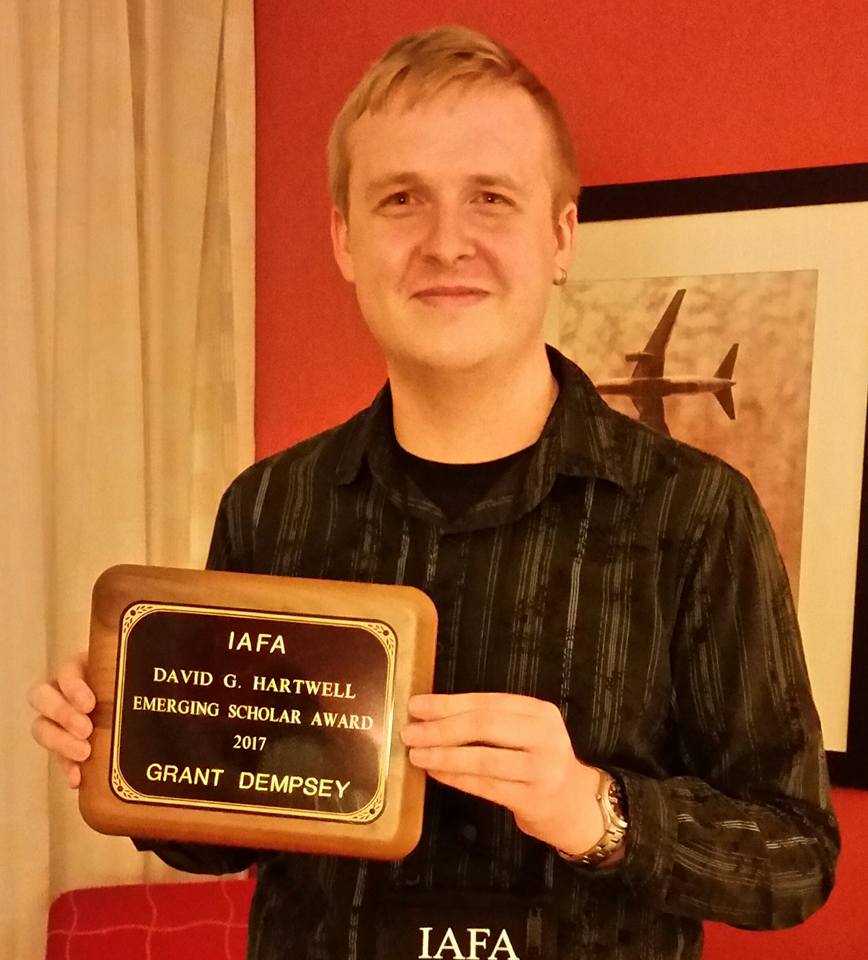 The Jamie Bishop Memorial Award is a prize for a critical essay on the fantastic written in a language other than English. The IAFA defines the fantastic to include science fiction, folklore, and related genres in literature, drama, film, art and graphic design, and related disciplines.

The Walter James Miller Memorial Award for Student Scholarship in the International Fantastic is given annually to the author of the best ICFA student paper devoted to a work or works of the fantastic originally created in a language other than English. In addition to its scholarly excellence, the winning paper must also demonstrate the author’s command of the relevant linguistic, national, and cultural contexts of the work or works discussed.

The names of the winners were first announced in February.