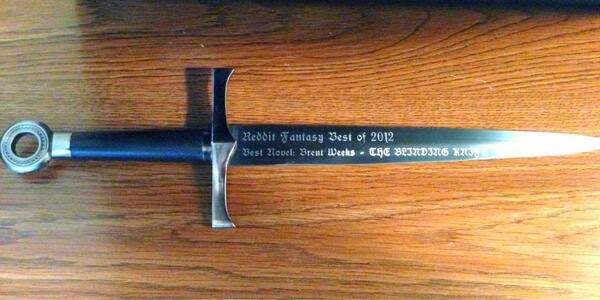 Reddit’s r/Fantasy group has chosen the winners of the 2017 Stabby Awards.

WINNER: Kings of the Wyld by Nicholas Eames

WINNER: Evil is a Matter of Perspective edited by Adrian Collins

WINNER: Legend of Zelda: Breath of The Wild

WINNER: /u/Esmeralda-Weatherwax Death Will have to wait — I ATENT DEAD

The r/Fantasy mods also recognized “individuals who contributed to the community in 2017 and who simply stood out as excellent members”: