October 2 is a date that shows up regularly in the history of television.

The first working television system was successfully tested on October 2, 1925 by British inventor John Logie Baird. Many people helped develop television’s technology — Baird’s contribution was being the first to produce a live, moving, greyscale television image from reflected light, the head of a ventriloquist’s dummy nicknamed “Stooky Bill.” What the viewer saw in the lab that day was a 30-line vertically scanned image, refreshed at the rate of five pictures per second.

After black-and-white TV became a mature technology, October 2 continued to be a pretty important date – it’s when Americans first saw these shows:

Lastly, October 2 is also the date cowboy singer Gene Autry died in 1998, whose legacy to sf was the 1935 serial Phantom Empire. 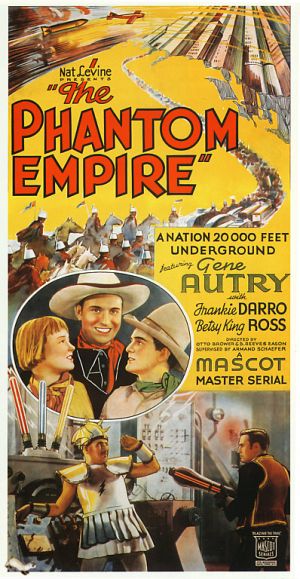 10 thoughts on “A Portentous Date in Television History, 10/2”