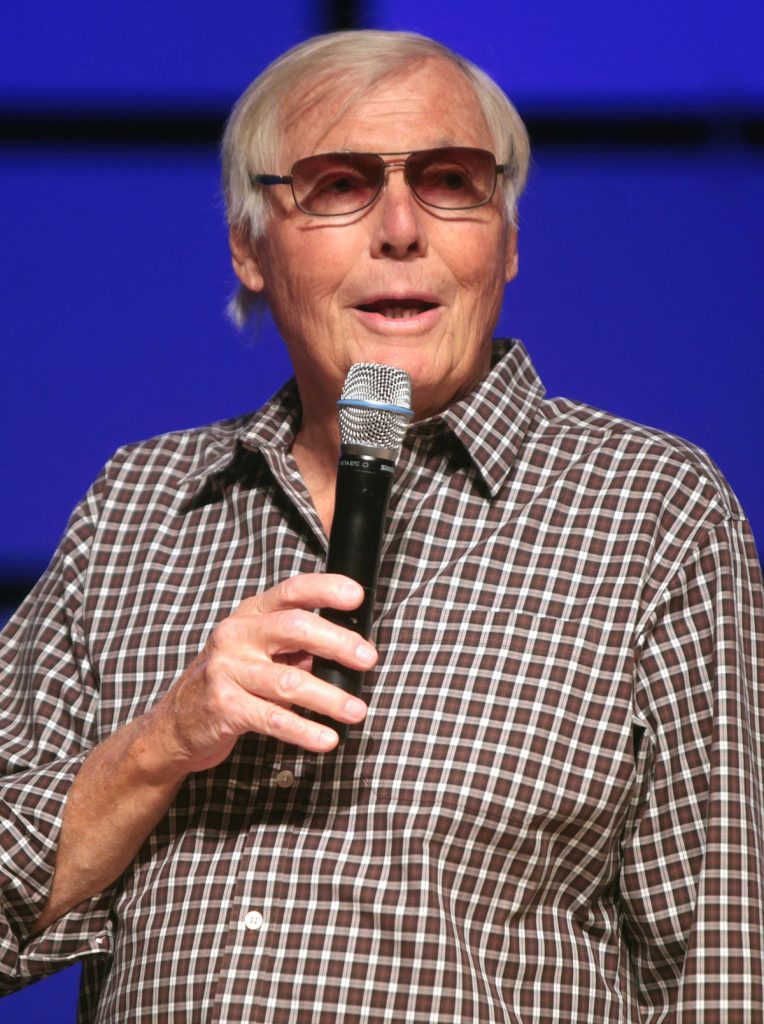 Adam West, who became an icon of popular culture playing Batman in the campy TV series of the Sixties, died June 9 at the age of 88.

He started acting as a teenager in several productions of the Philco-Goodyear Television Playhouse (1954-1955), but it was another four years before his career really took off.

TV was full of Westerns in the late Fifties and the fittingly-named West popped up in a lot of them, the highlights being several episodes of Maverick, and playing the Doc Holliday character on three different ABC series during the 1959 season, Lawman, Colt .45, and Sugarfoot. 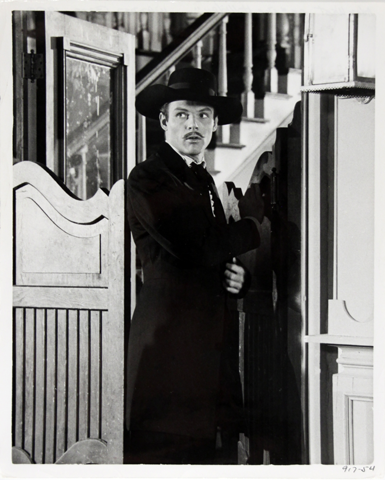 He made his feature movie debut in The Young Philadelphians with Paul Newman in 1959.

West’s first genre film was Robinson Crusoe on Mars (1964) — he played the astronaut who didn’t make it, leaving Paul Mantee’s title character on his own. That same year West again played a crewman in a Mars expedition on TV’s Outer Limits. 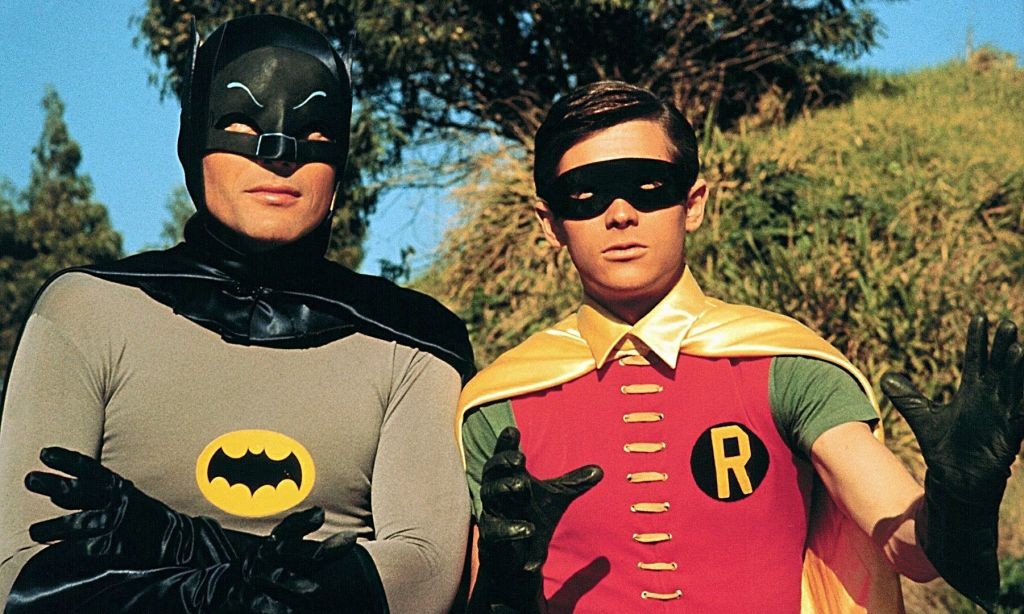 Starring in Batman two nights a week, from 1966-1968, vaulted him into celebrity status, accompanied by Burt Ward as Robin the Boy Wonder. The earnest character from the comic books was subverted and played for comedy, befitting a 1960s American society with conflicted attitudes about law enforcement, with colorful psychedelic imagery, and absurd visual sound effects in the spirit of Roy Lichtenstein’s pop art paintings. During its first season Batman was a huge success, rated the number 10 program on Wednesdays and number 5 on Thursdays.

However, by the end of Season 3 ratings had fallen off to a degree that the show was canceled. 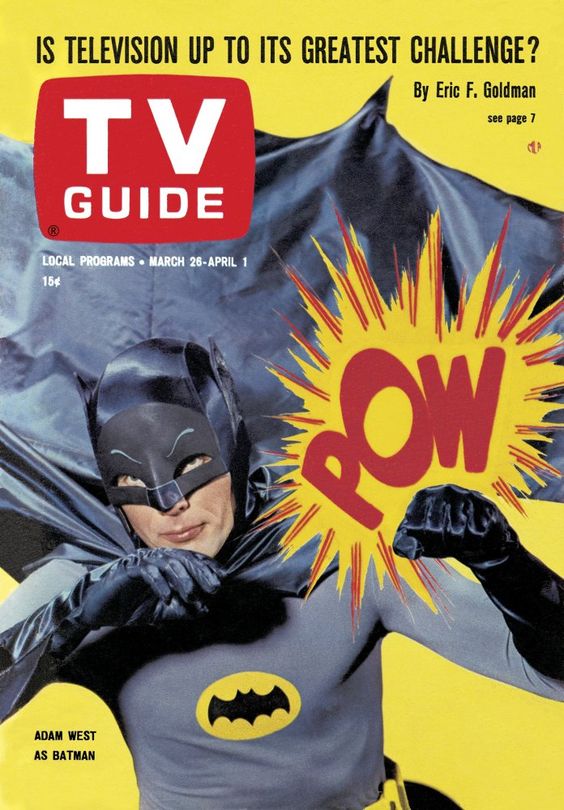 West’s identification with the Batman character was so strong it kept him from resuming his former career of playing dramatic characters, as it was always feared that audiences would be thinking about the silly TV show when he was onscreen. He continued to work, but within options limited by his association with the character.

He also voiced Batman in the animated series The New Adventures of Batman, and for episodes of Tarzan and the Super 7, and Legends of the Superheroes, SuperFriends: the Legendary Super Powers Show, and The Super Powers Team: Galactic Guardians. However, as a voice actor in Batman:The Animated Series, he played The Gray Ghost. For The Animaniacs he was Spruce Wayne, The Caped Crusader. And in a later series, The Batman, he voiced Mayor Grunge.

In fact, over the last couple decades of his career, West became a very successful voice actor and velvet-voiced narrator. His most prominent recurring role was in Family Guy as the voice of Mayor Adam West, the horribly corrupt, inept and vain leader of Quahog, Rhode Island (2000-2017).

West made a rare on-camera appearance in 2016 on The Big Bang Theory when the CBS sitcom celebrated its 200th episode — and marked the 50th anniversary of Batman.