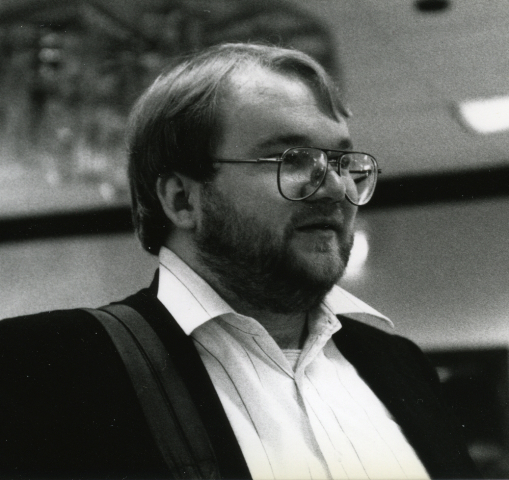 Alan Rodgers in 1990.Photo by and copyright © Andrew Porter.

Plans are in the works to re-release the horror novels of Alan Rodgers, who died March 8. Amy Sterling Casil, founder of Chameleon Media, of which Alan Rodgers Books is now a part, says the new publishing company will bring them out as ebooks and in print editions. She adds:

We will also be doing his two short fiction collections [New Life for the Dead and Ghosts Who Cannot Sleep], and at least three books he wrote prior to his death, including two young adult horror books and Smoke, a previously unpublished adult supernatural horror book that is similar to, and we think even stronger than Bone Music, his highly-acclaimed novel. We also discovered a sequel story to “The Boy Who Came Back From the Dead,” his Bram Stoker Award story and are working on publishing that as well. 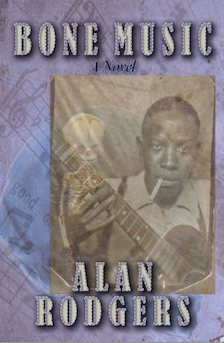 In addition to the works already mentioned, Rodgers was known for Blood of the Children, a 1990 Bram Stoker nominee for Best First Novel, Pandora, Fire, Night, The Bear Who Found Christmas, Her Misbegotten Son, Alien Love, The River of Our Destiny, Angel of Our Mercy, and Light.

2 thoughts on “Alan Rodgers’ Books Will Be Re-Released”