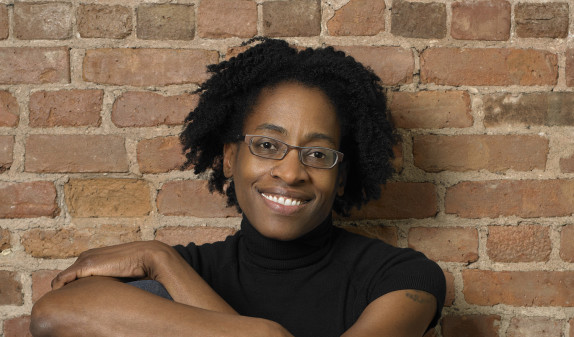 Brooklyn author Jacqueline Woodson is the winner of the Astrid Lindgren Memorial Award 2018, the world’s largest award for children’s and young adult literature. The award amounts to 5 million Swedish krona (approx. $613,000 or EUR 500 000) and is given annually to a single laureate or to several. The award will be presented by H.R.H. Crown Princess Victoria of Sweden in a ceremony at the Stockholm Concert Hall on May 28.

Woodson is the author of more than thirty books, including novels, poetry and picture books. She writes primarily for young teens, but also for children and adults. One of her most lauded books is the award winning autobiographical Brown Girl Dreaming (2014).

Jacqueline Woodson introduces us to resilient young people fighting to find a place where their lives can take root. In language as light as air, she tells stories of resounding richness and depth. Jacqueline Woodson captures a unique poetic note in a daily reality divided between sorrow and hope.

Jacqueline Woodson frequently writes about teens making the transition from childhood to adult life. Masterful characterization and a deep understanding of the adolescent psyche are hallmarks of her work. Her books are written in the first person, usually from a female point of view. Racism, segregation, economic injustice, social exclusion, prejudice and sexual identity are all recurring themes. In January she was named National Ambassador for Young People’s Literature in the United States.

“It’s important to hold up mirrors for kids to see their experience is legitimate. Too often those mirrors aren’t there for them,” says Woodson.

Woodson made her authorial debut in 1990 with Last Summer With Maizon, the first book in a trilogy about a friendship between two girls. The Dear One, a story about teen pregnancy, came out the same year. After Tupac and D Foster (2008) is a story about the meaning of everything, about freedom and realizing that all is not what it seems. Passionate, lightning-bolt love is portrayed in If You Come Softly (1998). In Beneath A Meth Moon (2012), the fifteen-year-old protagonist must face uncomfortable memories to leave her past behind and break free of a drug addiction.

In Brown Girl Dreaming, a free-verse memoir for which she received the prestigious National Book Award, Woodson not only describes her own childhood in South Carolina and later New York, but also shines a light on African-American history. The young Jacqueline grew up in the 1960s and 1970s, decades marked in the US by civil rights marches, police brutality and violence. The book’s detailed descriptions of characters and settings reveal fault lines in society, pointing out the differences between different groups. Woodson’s most recent novel, Another Brooklyn, published in 2016 and a National Book Award nominee, portrays the fascination and challenges of growing up as a young girl in the Brooklyn of the 1970s.

Her books have been translated into more than ten languages.Woodson’s many honours include the Laura Ingalls Wilder Award, the Los Angeles Times Book Prize and the Newbery Honor Awards.

A complete list of Jacqueline Woodson’s works is at www.alma.se/en under the heading Laureates.

I wrote on everything and everywhere. I remember my uncle catching me writing my name in graffiti on the side of a building. (It was not pretty for me when my mother found out.) I wrote on paper bags and my shoes and denim binders. I chalked stories across sidewalks and penciled tiny tales in notebook margins. I loved and still love watching words flower into sentences and sentences blossom into stories.

I also told a lot of stories as a child. Not “Once upon a time” stories but basically, outright lies. I loved lying and getting away with it! There was something about telling the lie-story and seeing your friends’ eyes grow wide with wonder. Of course I got in trouble for lying but I didn’t stop until fifth grade.

That year, I wrote a story and my teacher said “This is really good.” Before that I had written a poem about Martin Luther King that was, I guess, so good no one believed I wrote it. After lots of brouhaha, it was believed finally that I had indeed penned the poem which went on to win me a Scrabble game and local acclaim. So by the time the story rolled around and the words “This is really good” came out of the otherwise down-turned lips of my fifth grade teacher, I was well on my way to understanding that a lie on the page was a whole different animal — one that won you prizes and got surly teachers to smile. A lie on the page meant lots of independent time to create your stories and the freedom to sit hunched over the pages of your notebook without people thinking you were strange.