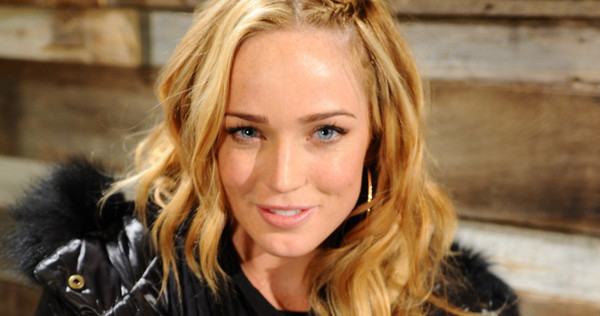 By James H. Burns: If you’re of a certain age, it’s rather extraordinary to discover that a new super hero TV series, one on at 8:00 p.m. and aimed, to some extent, at kids, features a super heroine, who’s also a lesbian…

Or who at least has Sapphic tendencies, as White Canary shows, in the first episode of DC’s Legends of Tomorrow on the CW.

Which somehow reminds me:

Did I ever tell you about what made me support gay marriage?

I was certainly never against gay marriage. I just kind of fell into that stand-up comedian’s line about why would anybody want to bother?  But as my closest gay friends today have pointed out to me, while it may have been disappointing to them that I wasn’t an activist on this particular issue, I also recognized that ultimately, it wasn’t really my business what people wanted to do, as long as it only involved themselves, and no harm…

A stance I’ve held on many social situations!

But then, some years ago…

I have the perhaps unusual habit, at times, of checking out what happened to old friends, by using the internet. Before Face Book, a Google search could present some surprising, and often pleasing results.

One night, late, I looked up a young woman I had kind of sort of dated, back when I was a teen.

She was brilliant, and a beauty. An Upper West Side of Manhattan kid who, oddly enough, I had met at a Lunacon, the New York Science Fiction Convention.  She looked like an even prettier, and far sexier version of Jodie Foster. We automatically took to each other. But she thought I was older, as most folks did back then…  And when I told her the truth, that I was fourteen…  Well, to a sixteen year old, that made all the difference in the world!

We had a get-together, or two:   one, at a Chinese restaurant recommended to me by the late Duffy Vohland, an editor at the time up at Marvel Comics, and — coincidental to this story — one of my first close, gay friends.  Afterwards, the young lady and I went over to the park near Gracie Mansion. As we talked, I rued the fact that she was bugged by what I perceived was the age factor…  She said it wasn’t that, but that she had a secret.

A secret she wasn’t ready to tell me yet.

We’d talk on the phone occasionally, and she tried to begin a correspondence, when she soon went off to college; Vassar, I think. (That summer, I believe, she was also in a summer stock theatre program, one that co-featured Chris Elliot!)

But my ego led me, unfortunately, over being what I perceived as being turned down, to let the friendship pass.

Thirty years later, I discovered that the native New Yorker had moved to Vermont.

Because she had developed a fatal cancer, in her forties, and before she died, she wanted to marry her life partner.

(I cried for more than a few moments. My last image of my friend had been with a smile on her face, framed by the trees, as the summer sun danced.)

It hit me rather simply, That if two people were in love, and a particularly young one was dying, she shouldn’t have to leave her home, in her final days, to gain one of her final wishes.

I still think the road to all this could have been made much simpler, twenty years ago, by adopting a “roommates law,” one which gave anybody the right to assign a “partner,” to help any legal, financial or medical issues.

(Intriguingly, I know older straight roommates of many years, now in their sixties or seventies (some of whom have been long-time members of fandom), who could conceivably face all the same sorts of hospital visitation and other rule obstacles, if one of them gets in trouble–the identical problems that once could beset gay couples.)  Such a co-habitation law would have removed the politics from the gay marriage scenario, and possibly paved an easier path to its realization.

But ultimately, of course, who is anybody to stand in the way of someone’s happiness?

6 thoughts on “Back In The Sunlight”