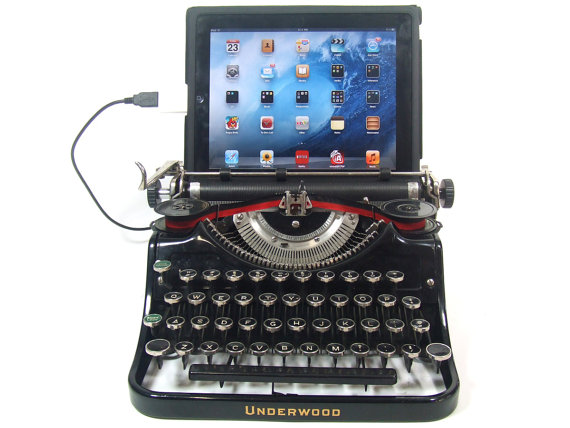 The Proust Questionnaire has its origins in a parlor game popularized (though not devised) by Marcel Proust, the French essayist and novelist, who believed that, in answering these questions, an individual reveals his or her true nature. Here is the basic Proust Questionnaire.

To be listening to music, reading, writing or creating something of value.

That my life has no meaning and nothing I have done has any value.

Without a doubt, I procrastinate way too much. I’ll work on that tomorrow. Promise.

When people impulsively give in to their most inner crassness and do things to please themselves without a thought to how their actions might be interpreted by others.

Currently, the 44th President of the United States, Barack Obama and his wife, Michelle. I also admire the men and women of law enforcement and public safety, who put their lives on the line EVERY day.

I LOVE buying music, books and films. What I take for granted everyday is a pleasure that is denied to a great number of people in the world.

8)      What do you consider the most overrated virtue?

Modesty or moderation. When I was younger, I tried to dial back my self-worth and ego to appease other people, which, I think, held me back in my development as a person. As I’ve grown older, I learned the hard way that those sorts of feelings are actually harmful. If you’re good at doing something, ANYTHING, you have to be your own cheerleader first before you can get others to believe it. Occasionally, you’ve got to cut loose and feel it, otherwise you’ll tie yourself in emotional knots.

It’s usually a selfish impulse to protect myself from some stupid mistake or faux pas that I should have avoided in the first place. Shameful, but true.

10)   What do you most dislike about your appearance?

I would love to have been three or four inches taller.

11)   Which living person do you most despise?

I TRY not to despise anyone because hating takes a lot of personal energy and  is distracting me from more important concerns. Having said that, Donald J. Trump has worked himself off of my Christmas card list..

14)   Which words or phrases do you most overuse?

I have the privilege of having two exceptional people in my life; my daughter Laura and my life partner, Juli. I LOVE them both so much.

When I am in the company of the people I love and good friends.

One day, I would like to learn how to play musical instrument, such as a guitar or the piano.

18)   If you could change one thing about yourself, what would it be?

Well, I am learning to be more decisive, be less of a procrastinator and try not to be such a hoarder. Every day is a challenge.

19)   What do you consider your greatest achievement?

That I am a loving parent who has successfully raising a responsible adult.

I honestly can’t fathom to idea of being someone or something else. One thing is certain; not as a lobster. PLEASE!

Anywhere my partner Juli happens to be.

22)   What is your most treasured possession?

The love I feel for Juli and Laura. It is greater than any physical possession I have. (Except for those 1966 copies of Justice League of America, numbers 46 and 47.)

23)   What do you regard as the lowest depth of misery?

Being depressed, mainly about my own state of mind or being worried about my country and our world.

24)   What is your favorite occupation?

While I love my current occupation as a bookseller, I would gladly trade it in to be a full time, professional writer.

25)   What is your most marked characteristic?

My dry and somewhat caustic wit. And my big nose.

26) What do you most value in your friends?

27) Who are your favorite writers?

I tend to gravitate towards film characters than literary ones. Lately I have been drawn to Max Rockatansky and Imperator Furiosa, the haunting main characters of Mad Max – Fury Road.

29)   Which historical figure do you most identify with?

Until Lin Manuel-Miranda enlightened us all about the life of Alexander Hamilton, I wouldn’t have an answer to this question.

Teachers, cops, fire fighters and all other first responders. They should be the most respected and highest paid workers in America.

Laura and Juli, of course.

Arrogance, avarice and dishonesty are at the top of my list, especially if that person happens to be an elected servant of the people.

That I spent nearly forty years wondering if I could be a writer instead of BEING a writer.

Quietly, of old age if at all possible, watching Casablanca or 2001, A Space Odyssey. Otherwise, it should be in a spectacular fashion, with tons of spectacle.

“No Surrender, No Retreat.”

With MANY THANKS to Vanity Fair magazine.