British author Basil Copper, 89, died in hospital on April 3. He had suffered from Alzheimer’s Disease for several years. 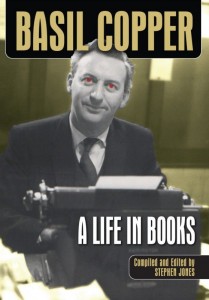 Copper was perhaps  best known for his series of Solar Pons stories continuing a character August Derleth created as a tribute to Sherlock Holmes.

Copper’s most popular macabre tales include: “The Academy of Pain”, “Amber Print”, “The Recompensing of Albano Pizar,” “The Candle in the Skull,” “Better Dead,” “Beyond the Reef,” “Bright Blades Gleaming” and “Ill Met by Daylight.”