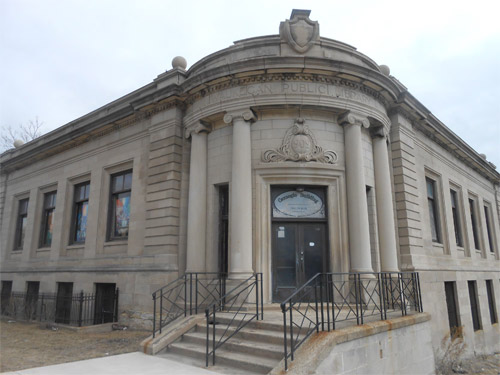 His library was a fine dark place bricked with books, so anything could happen there and always did. All you had to do was pull a book from the shelf and open it and suddenly the darkness was not so dark anymore.

The advisory panel for a nonprofit corporation with the goal of establishing a Ray Bradbury Museum in Waukegan’s old Carnegie Library building hosted its first meeting in October.

The building hasn’t housed the town library for nearly 50 years – the present-day Waukegan Public Library moved to new quarters in 1965. (And the Library inherited Ray Bradbury’s personal book collection after he passed away in 2012.)

Constructed with funds provided by its namesake philanthropist, the Carnegie was designed in Classical Revival Style and opened in 1902. Bradbury, born in 1920, once recalled that he frequented the building from age 9 through his teens, walking down Washington Street from his family’s home near the Waukegan Ravine.

Past publicly-funded efforts to develop the building have failed, however, according to a Chicago Tribune report the town hopes the luster of Ray Bradbury’s name and the acumen of a new set of private developers will make a success of the project.

“Unlike previous attempts to save the building, this one is saying, ‘Why save the building? Because this is where Ray Bradbury grew up, and this is where he first went into a library.’ It’s a real sense of purpose,” said Michael Edgar, president of the Greater Waukegan Development Coalition, a business-incubating firm that is among the backers of a $10 million proposal to reopen the structure as The Bradbury Carnegie Center.

In 2014 the Carnegie Library gained new distinction when it was added to  the National Park Service’s National Register of Historic Places. 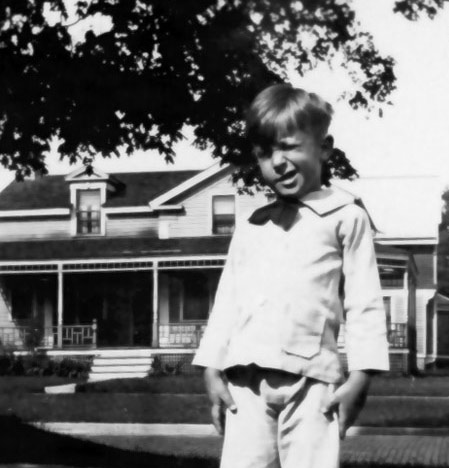 Ray Bradbury as a boy in Waukegan.

Concept plans call for interactive exhibits, a small theater, and a reading room that pay homage to Bradbury’s formative years in Waukegan.

The project team has approached both the Center for Ray Bradbury Studies at Indiana University-Purdue University Indiana and the Waukegan Public Library about acquiring memorabilia for display.

[Thanks to Jim Meadows, Steven H Silver, and John King Tarpinian for the story.]

2 thoughts on “Bradbury Museum a Possibility”