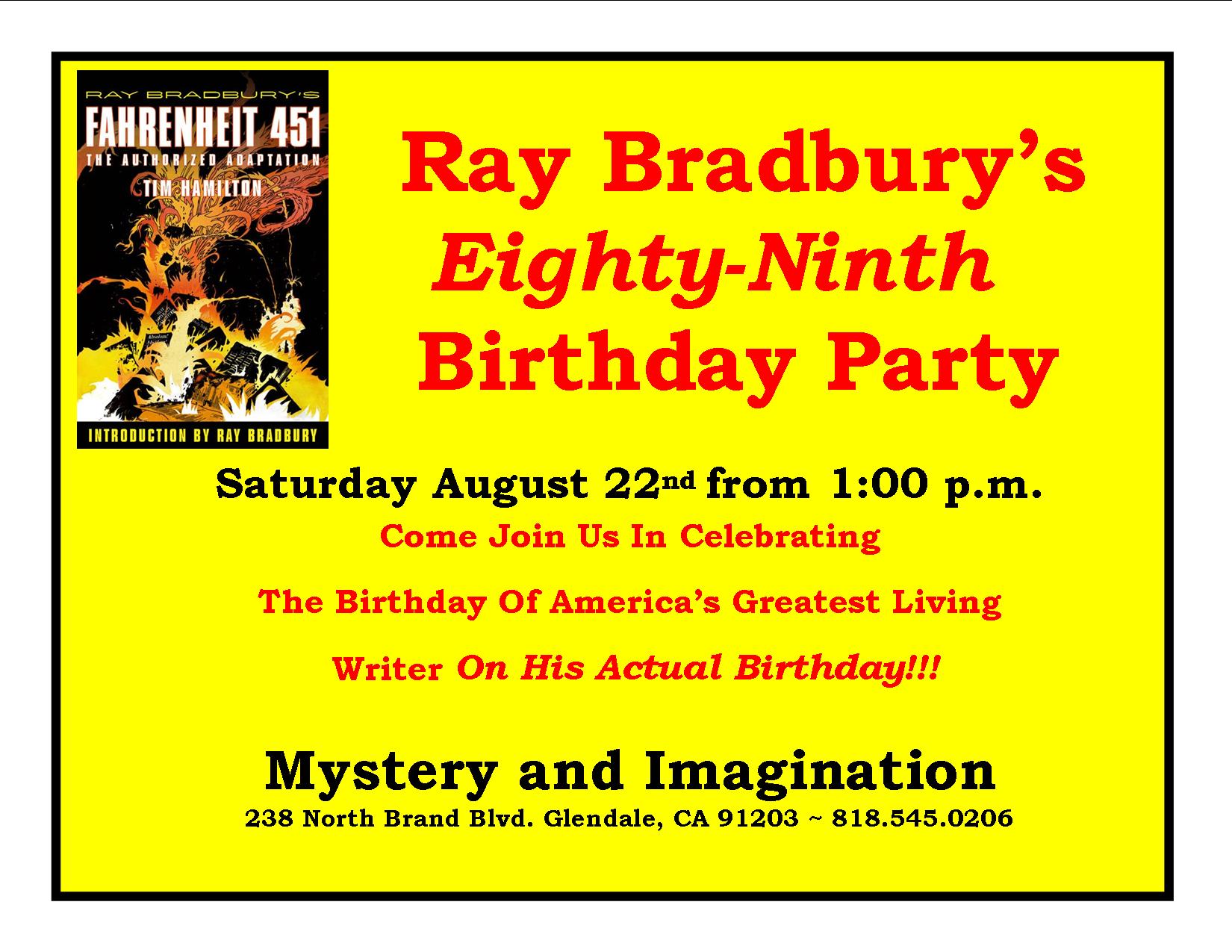 Mystery and Imagination Bookstore will throw a party to celebrate Ray Bradbury’s 89th birthday on August 22. The store is located in Glendale, CA. The event will double as a signing event for two newly-released Bradbury editions.

Marionettes, Inc. is newly released by Subterranean Press. Limited to 2,000 copies, the hardcover is printed in two colors, with a full-color-illustrated dust jacket, as well as pen and ink illustrations by Mark A. Nelson at the head of each story by Mark A. Nelson. The endpapers are illustrated by Ray Bradbury himself. The collection includes one original story plus a rare, previously unpublished screen treatment. Five of the stories are about robots and their impact on the lives of ordinary people.

Ray Bradbury’s Fahrenheit 451: The Authorized Adaptation translates Bradbury’s masterpiece ito a hardcover graphic novel. Artist Tim Hamilton’s color illustrations appear on every page of the project, which was done with Bradbury’s full cooperation –and he has penned an original foreword.

[Thanks to Willard Stone and John King Tarpinian for the story.]