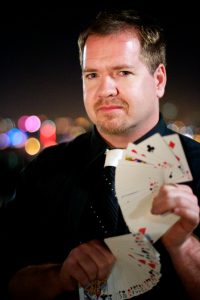 On Thursday, March 2 at  5:00 p.m., the Kickoff for the Reading Project will take place at the South Pasadena Fire Station. It will present Micah the Magician from the World Famous Magic Castle in Hollywood. Special guests will also offer some Ray Bradbury reminiscences.

Micah will be performing a magic show for all ages in honor of Bradbury who wanted to be a magician while growing up – before he decided on a writing career. It will be presented at the Fire Station because firemen play central roles in the Fahrenheit 451 plot.

Bradbury wrote Fahrenheit 451 on a rental typewriter in the basement of UCLA’s Lawrence Clark Powell Library, where he had taken refuge from a small house filled with the distractions of two young children. Ballantine editor Stanley Kauffman, later the longtime film critic for The New Republic magazine, flew out to Los Angeles to go over the manuscript with Bradbury, plying the sweet-toothed perfectionist author with copious doses of ice cream. The book came out to glorious reviews. To this day it sells at least 50,000 copies a year and has become a touchstone around the world for readers and writers living under repressive regimes. 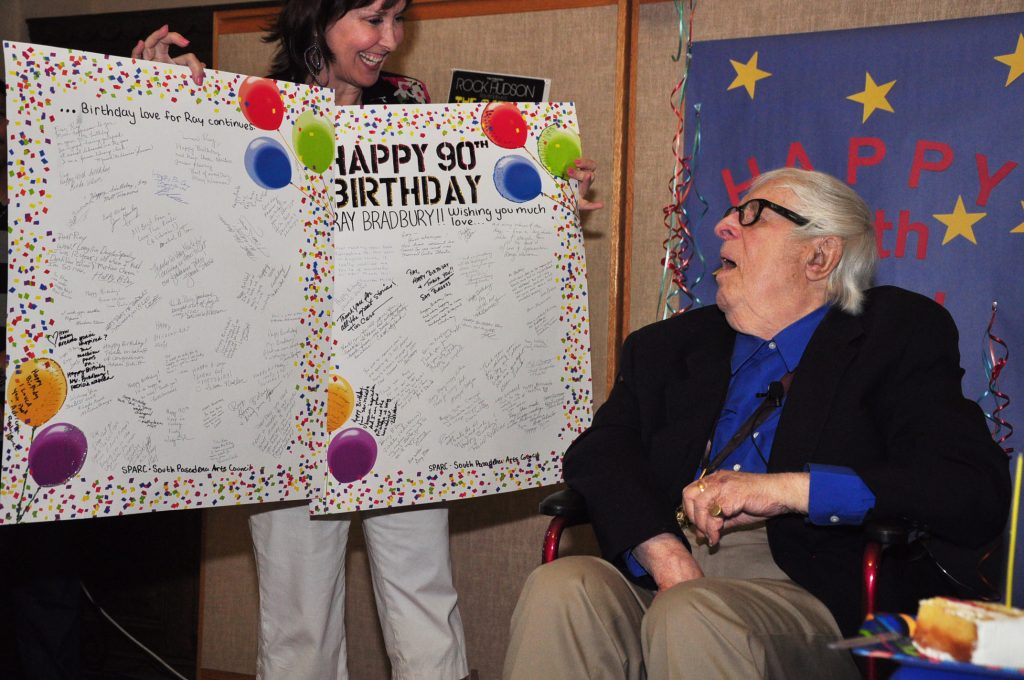 Ray Bradbury’s plays were performed at South Pasadena’s Fremont Centre Theatre for many years by his own Ray Bradbury’s Pandemonium Theatre Company. He also appeared for two Author Nights for the South Pasadena Public Library, including for his 90th Birthday Celebration which attracted hundreds to the Library Community Room and Library Park. At that event, he exhorted his fans to “Do what you love and love what you do!” Ray had done just that, until his death at age 91.

The South Pasadena Fire Station is located at 817 Mound Avenue. Doors will open at 4:30 p.m.