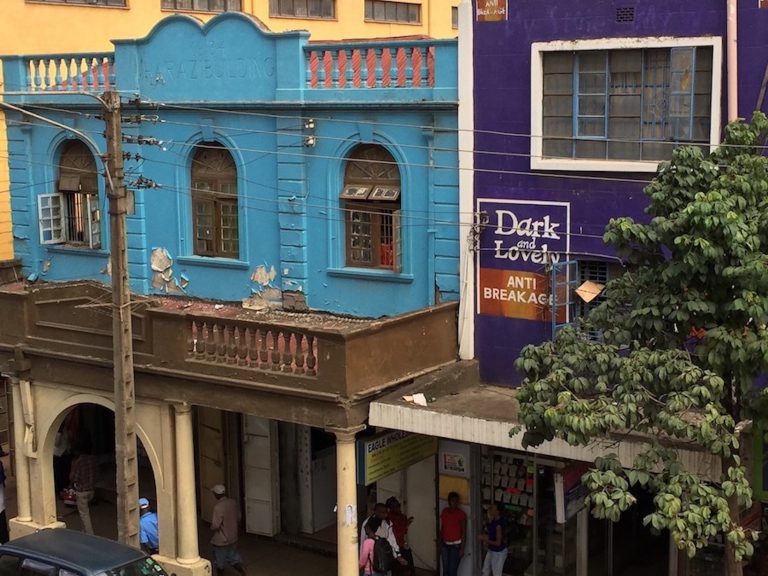 Strange Horizons this week publishes the first installment of a new interview series, 100 African Writers of SFF. The series will run through 2017 and 2018, exploring the recent explosion of speculative fiction across the African continent.

Written by the award-winning writer and academic, Geoff Ryman, the project is the result of extensive research and travel to almost a dozen African countries so far, including Kenya, Malawi, Nigeria, South Africa, and Uganda.

The series will feature interviews with writers such as the Commonwealth Fiction Prize-shortlisted author and filmmaker Dilman Dila; futurist and editor Ayodele Arigbabu; Jennifer Nansubuga Makumbi, whose novel Kintu won the Kwani Manuscript Prize, and will be published in the U.S. this May; and many more.

As Ryman notes: “There must be a reason why almost the only prose fiction I’m reading comes out of Africa … If a sharp break with traditional culture is one of the things that inspires fantasy and SF writing then Africa might be an epitome of the modern experience of moving through change.”

Tracing both the established tradition of African SFF writing, and providing a window into a thriving and diverse contemporary literary scene (as evidenced by such projects as the Jalada Collective’s 2015 AfroFutures issue, Omenana magazine, and the African Speculative Fiction Society), 100 African Writers of SFF aims to provide a bridge between the featured writers and a broader SF and literary readership.

This week, Strange Horizons will be publishing the first three chapters of 100 African Writers of SFF, covering Nairobi (February 27), diaspora writers in the UK (March 1), and Cape Town (March 3). Further chapters will be published approximately every 2 months.

100 African Writers of SFF is supported and made possible by a grant from the Leverhulme Trust. Parts One and Two were previously published by Tor.com in 2016.